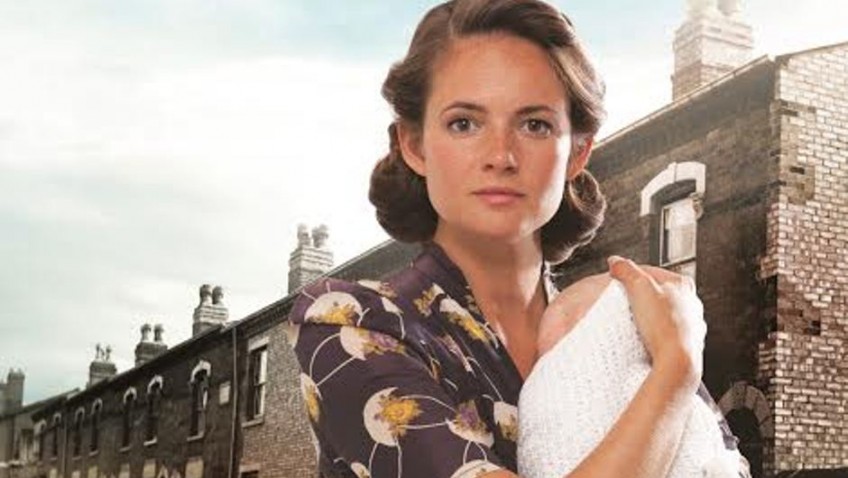 This novel by Annie Murray, it is set in Birmingham during the 16 years between 1930 and 1946, spanning the four year Second World War period. It is very descriptive and detailed in terms of the Birmingham area and the way of life – especially amongst the poverty stricken back streets, and open air market. The language used by the characters is colourful and adds to the authenticity of the story.

It is interesting to see the main character (Rachel) develop from a young girl to a woman and mother. The sadness around the birth of her second child and how his issues are not recognised by health professionals, their answer being to put him in an institution, highlights just how much has changed from then to present day.  Also the effects of war on returning soldiers (including Danny, Rachel’s true love) is evocative and shows just how devastating it is even once the war is over.

An Interview with the author Annie Murray was born in Wallingford in Berkshire, a stone’s throw away from the Thames. Her father had been a soldier in North Africa and Italy in World War Two. His enthusiasm for going back there took us travelling every year in a caravan, where they had all sorts of adventures, most of them not life threatening.

After training unenthusiastically as a journalist she found a job with a charity in Birmingham, and soon after, she got married and had four gorgeous babies. The first of her regional sagas, Birmingham Rose, was published in 1995. She has now published thirteen books with Pan Macmillan, and there are more on the way.

I spoke to Annie Murray about the book and her career and was immediately taken by her welcoming manner and enthusiasm for her work.

My first question was why she chose Birmingham as the setting for her novels and she told me that she has a great affection for the city as all her children were born there.  A lot of similar novels are set in Liverpool and London but Annie has done extensive research and been able to talk to Brummies who remembered life back in the 30s and during the war.

Birmingham was bombed heavily and there was a huge amount of suffering endured by its population. Despite it being the second largest city in the UK there is very little literature based around this metropolis.

Annie’s fictional characters grow organically out of her imagination, especially the main personalities. She studies people in public and often on trains to create realistic individuals.

She will then carefully give them a name based on the time and class and is careful not to use names that are too similar to avoid confusion with the characters.  A reader once pointed out that in one of her books all the main people had names beginning with E so she is now careful to avoid this.

When she first started writing it was with a pen and paper and it was done to fit around her children and school times.  With the pressure on her to write a book every year she now resorts to a keyboard but most of her inspiration comes when she has a pen in her hand.

Annie’s books are tales of struggle and adversity and she demonstrates the strength of the human spirit when dealing with anything that life throws at them.  And in this latest book poor Rachael is battered by the war, her poverty, absence of her husband and a disabled child but she remains positive and determined not to give in to despair.

Annie Murray puts the heart into heart-warming and tells her tales with passion and empathy.  Many of our generation eagerly await her next story and she is now collecting more fans among youngster and teenagers who are keen to discover the history of their country.  And no better writer to give them a well researched, well written chronicle of war-torn Britain.

War Babies was published by Pan on 9th April £6.99 in paperback