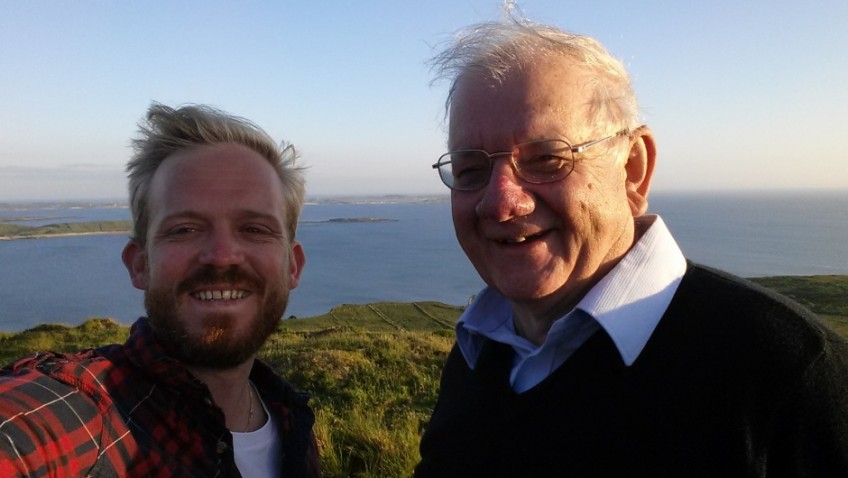 Walking for health, discovery and stimulation

Recently the British Journal of Sports Medicine stated that half an hour of physical activity irrespective of its intensity, six days a week is linked to a 40 per cent lower risk of death in elderly men.

This report went on to say that the impact of physical activity on health is as good as giving up smoking.

Professor John Morrill is 69 and, in theory, retired from his work lecturing on British history at Cambridge University. Although he hasn’t found giving up work easy (he still attends business meetings in London and avidly writes non fiction) he easily gave up any exercise, until a heart condition forced him to get active earlier this year.

Health issues beginning in John’s 60s included Deep Vein Thrombosis (DVT), high blood pressure and problems with his heart. His doctor told him exercise would help, so he tried swimming, going to the gym and finally, after quickly falling out of love with those two, fell head over heels for walking.

John says: “I found that to walk was an absolute delight. I mainly go for walks near to where I live, and it has really heightened my senses, I thoroughly enjoy the sounds and sights I see and hear. Starting to walk was first and foremost about my health but has become about discovery and feeding my curiosity.”

John began walking to help his health. And help his health it has. His blood pressure has gone down, the swelling in his legs has alleviated and fluid that had been in his lungs has reduced. In fact, his hospital has recently reduced the amount of times they see John each year, because he is no longer a serious case.

“Walking everyday has massively improved my legs,” says John. “I had aches and pains in them for years and whenever I slept without pressure stockings the swelling of my legs would return. That is until I started walking. Now the swelling and my blood pressure have gone down significantly. Tests earlier this year showed that my heart condition was improving too.

“My doctor was amazed with the changes, which must be down to walking.”

John, a widower, makes sure that he includes a walk somewhere in his daily routine. He says that the ease of it is convenient in his life, which is still very busy.

He says: “I get up and think about how to best fit my walk in today. That could be going out after breakfast to a local meadow, or along ancient bridle paths, or it could be walking to my meetings in London, rather than taking the tube or a cab, like I used to.

“I like pleasurable walks; even walking from my college to the station I can deviate through parks or along the river and even if I have to increase my journey time, I enjoy discovering new things. It has proved to be a great way to kill an hour between meetings.

“I once even found a village deserted since the Black Death on one of my walks, which was along an ancient footpath with endlessly self-renewing hedgerows. It was an amazing discovery! I enjoy hearing no traffic and feel much, much better for the walking I’ve been doing. I feel more vital.”

Since January, John has walked every day for at least 45 minutes and does a minimum of 5,000 steps. In the past he has struggled with his weight and also found that walking helps him to lose the pounds.

“I am now 16 ½ stone and am losing weight. I’ve tried lots of diets but gradually the weight goes back on. I like walking steadily and the fact that it doesn’t feel like an obligation or stop me from being sociable. From day one I knew walking would help; it clicked.

“I burn about 400 calories on my walks and it really is taking me back to my senses. I’ve even moved the sofa around in the living room so that I can see the contrast of a copper birch and sycamore tree out of the window! It now works better with the colours it sits with. I put that down to spending more time looking and listening to nature.”

John is a friend of Living Streets, the national charity that stands up for pedestrians. Living Streets aims to make streets safer and more attractive places so that they are more enjoyable places to walk.

He says: “I think the work that Living Streets is doing in encouraging people to walk more and improving urban areas so that they can do so, is very important. I found the joys of walking through a health scare but by walking more, it can prevent health issues like mine. I hope that the government continues to provide funding and working with charities such as Living Streets, to improve the walking experience in the UK.”

Featured image John and his son out walking.