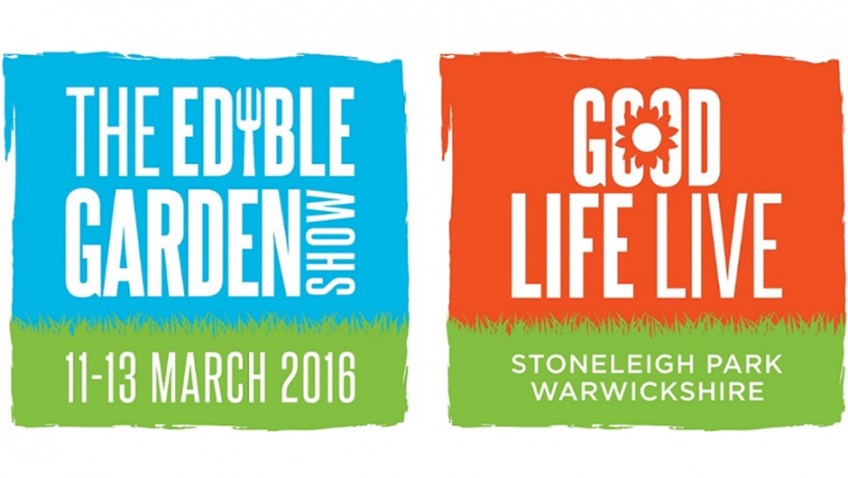 Wolverhampton residents are saving more than twice the national average by digging for their dinner plate, according to new research released today by the UK’s ultimate grow your own event – The Edible Garden Show.

The study by the show, which takes place 11-13 March at the National Agricultural and Exhibition Centre, Stoneleigh, alongside Good Life Live, revealed home-grown food has never been more fashionable – and with good reason.

In Wolverhampton people are saving £579 per year compared to the UK average of £268, so it’s no surprise one in two (50%) people living in the city have grown their own produce in the last five years and more than half (58%) are planning to in 2016.

Inspired by her Mum and Gran, Lorna Podd has always had a passion for grow your own. From pottering in her parent’s garden to making the most of window boxes while living in a flat, the 38-year-old has nurtured everything from traditional fruit and vegetables to the more obscure varieties not often found on the supermarket shelves. Friends and family had always encouraged her to have an allotment so when her husband, Town Planner Tom (33), discovered the Jeffcock Road plot just a short walk from their terraced home in Wolverhampton, they decided to take the plunge.

And, with their two young sons in tow – Jasper (3) and future gardener Felix (8 months) – the family are reaping the rewards from their own home-grown produce.

“We all enjoy the allotment,” says former local authority arts officer Lorna. “It’s a fantastic way for us to spend time out in the fresh air rather than being cooped up in one space. It’s a great project that we can all work on together. The children often don’t want to come home as they’re having so much fun!”

The Podds took their allotment on when Jasper was just a year old and it needed quite a bit of work to clear the plot and establish paths and beds as well as erect fences, a shed and a polytunnel. “Jasper’s life has moved on so quickly in that short time,” says Lorna. “Initially he’d sit and play with his toys in an old large empty water container or a bread crate. He then learnt to walk on the short 5 minute journey to the allotment around the corner and can now do more and more. He goes off doing various jobs with his rake and spade and this year we plan to give him his own dedicated patch to grow some vegetables and sunflowers.”

As well as providing Lorna some quiet time to reflect in the lighter evenings when Tom has the children, the allotment has also proved immensely social.

“We’ve made lots of friends that we probably wouldn’t have met or spoken to otherwise. We’re lucky to have a lot of Asian plot holders on the allotment and, although they grow very differently to us, we share a common goal and are able to share knowledge and advice.”

It’s also something that’s borne out by the research, which revealed over half (57%) of Wolverhampton’s residents choose to pick up a trowel with their partners and more than one in four (28%) are, like the Podds, keen to inspire the next generation by growing with either their children or grandchildren.

“It’s really important to give children an appreciation of where our food comes from. I certainly think Jasper’s more open to trying a greater variety of fruit and vegetables because he’s seen them grow and helped nurture them on our allotment.” So what makes grow your own such a success in Wolverhampton? Lorna says: “I think it could be something about the soil and the climate that makes it a very popular place to grow your own. We don’t have a harsh climate. As a rule we aren’t exposed to excessive rain and strong winds or live in a distinct micro climate like Cornwall. Our soil is very good. Our allotment, in particular, has been worked for 100 years being continually added to and cultivated.”

Di Appleyard, Marketing and PR Co-ordinator for The National Allotment Society, says: “With a long history of allotment growing it’s not surprising that Wolverhampton gardeners have weathered the recent recession by saving money on their food bills. It’s great to see families like the Podds growing together and passing enthusiasm and knowledge down the generations.”

She added: “This research shows just how vital our allotment plots are and how, despite the majority of people in the UK only having access to small gardens and miniscule balconies, we have rediscovered our taste for and appreciation of home grown fruit and vegetables. Events like The Edible Garden Show provide a great opportunity to pick up some tips to get children interested in gardening and keen on eating fresh, healthy food. The inspirational talks and demonstrations give people the confidence.”

Although time constraints and limited space top the poll of factors that put people in the city off of attempting to grow their own, Lorna’s enthusiasm is infectious. She says: “I was reading an article the other day that described how rhubarb can actually be grown in the cupboard under your sink!”

Popular botanist and television presenter James Wong, who will be headlining The Edible Garden Show agrees. He says: “Over the three days we’ll be demonstrating that you don’t have to have acres of lands to grow your own. Tasty and incredible edible crops can be nurtured from the smallest of spaces on patios, balconies, window boxes and even front doorsteps.”

The Edible Garden Show Event Director Geraldine Reeve says: “Families growing together is at the very of heart of the show as it’s something the whole family can enjoy. It’s really important to enthuse youngsters and give them an understanding of where their food comes from which is why there’s something for everyone. We have a huge crop of exciting exhibitors as well as a fertile mix of interactive advice sessions, hands-on demonstrations and livestock. So whether you’re a novice, an expert or are just seeking a slice of the good life, you can’t help but walk away feeling inspired.”

For more information about this great value for money family day out where under 5s are free:
Visit: www.theediblegardenshow.co.uk
Twitter: @EdibleGardenSho
Facebook: https://www.facebook.com/EdibleGardenShow