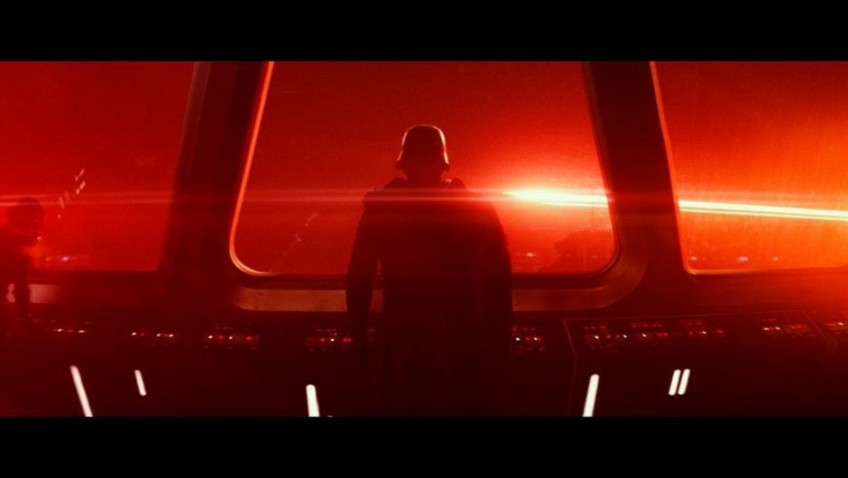 STAR WARS The Force Awakens (Disney).If I were to tell you that it is the first film in history to reach £50m within one week at UK box office, would it actually make any difference to your disappointment? You may feel, as I did, that there is nothing new. We have seen it all before, this galaxy far, far away. The scenery, the design, the production values are amazing; but the film is totally uninvolving except as spectacle. There is Harrison Ford looking nostalgic and older and earning a fortune; but there is no Alec Guinness to give the film a bit of gravitas. And when it comes to acting, the cute droid BB-8, a robotic ball, upstages the actors. (I am told you can even buy the toy for £129).

THE SOUND BARRIER (StudioCanal). David Lean directs this1952 test pilot drama which was written by Terrence Rattigan who initially turned it down because he knew nothing about jets. Rattigan changed his mind after he had met some test pilots. The story is given weight by casting Ralph Richardson as the lonely millionaire industrialist and inventor who is obsessed with breaking the sound barrier, even if it means sacrificing the lives of his family. Can a vision be evil? Clearly, his daughter (Ann Todd), who loses her brother (Denholm Elliott) and her husband (Nigel Patrick) in tests. thinks so. (If you find it’s odd that Ann Todd and Nigel Patrick are in separate beds, it’s not so odd if you remember Todd was married to David Lean.)

SUNSET SONG (Metrodome). Terence Davies has long wanted to adapt and directs Lewis Grassic Gibbon’s classic Scottish novel about life in the highlands at the turn of the 20th century. Life is hard. Dad is a brute and rapes his wife, thrashes his son and lusts after his daughter. Peter Mullin is good casting for sadistic Presbyterian dad. Agyness Deyn looks too sophisticated and urban for a country lass. Kevin Guthrie is cast as the nice man she marries who is traumatised by World War 1 and returns from the trenches as brutalised as her dad. The countryside is lyrically photographed; the film feels like a flawed classic, very Scottish and very dour.

GRANDMA (SONY). 18-year-old girl (Julia Garner) needs $630 for an abortion. Frightened to tell her mother (Marcia Gay Harden) she turns to her grandmother (Lily Tomlin) who is broke and turns to a number of people to see if she can raise the money. Director Paul Weitz focuses on the characters (three generations of women) and not on the issue of abortion. Grandma is a professor, a radical poet, a no-nonsense feminist and a lesbian. She is not the sort of woman you would want to be mess about with. Lily Tomlin, acerbic, aggressive, angry, appears in every scene and carries the film. She is ably supported by the other two actors and Sam Elliott who plays her former husband.

RACING EXTINCTION (Sony). Since are not going fast enough to save the planet, The Discovery Channel’s documentary aims to change mindsets and stop us pumping out carbon dioxide and methane. Why would we want to destroy something that has taken billions of years to evolve?  Undercover activists with hidden cameras work to save the engendered species by exposing the illegality which is going on in Hong Kong and China. Activists have managed to save the mantas in Lamarca in Indonesia. Fishermen have found they make more money taking tourists to see the sharks than killing the sharks.

ASSASSIN (StudioCanal). 169 international critics were asked to vote for best film. This 7th century Chinese folk tale won. A female assassin (Shu Qi) is sent to kill her male cousin. Taiwanese Hou Hsino- Hsien also won Best Director at Cannes. Beautiful though it is, it is going to have limited Western appeal, being very slow, vey static and a bit dull. The pre-credit sequence in black and white raises hopes which are never realised. A stronger plot and more martial arts might have made this martial arts movie a more commercial proposition.