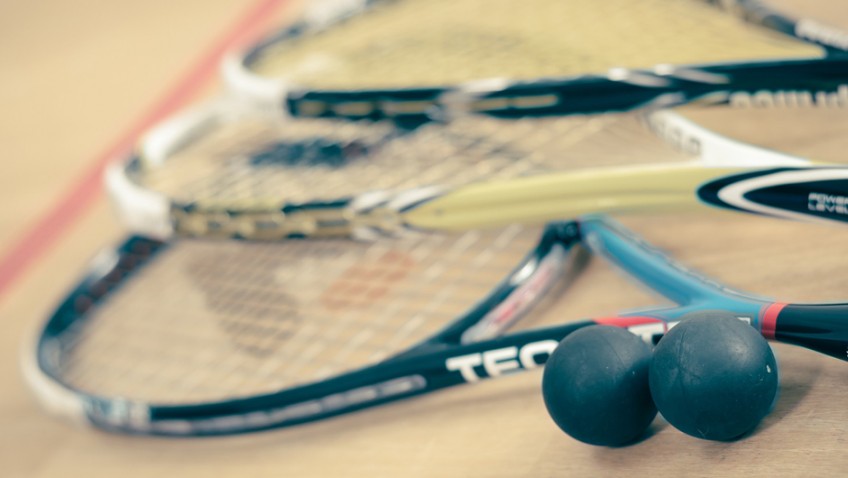 Squash referee of the year

Seventy year old squash player, Wendy Danzey, has been crowned squash referee of the year after decades of dedication to the sport.

The Polar Squash Workforce awards, which were hosted at the 2016 Allam British open in Hull, recognise and celebrate those who have made an outstanding commitment and contribution to the sport. 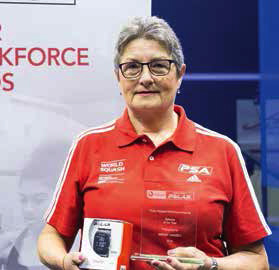 The award panel heard how the dedicated grandmother-of-seven overcame illness and family bereavement and continued to referee on a local, national and international level.

The mother-of-three, who has lived in Nottingham for 45 years, first developed an interest in squash when Nottinghamshire County Cricket Club opened Trent Bridge Squash Club in 1974.

Keen to keep her family fit, Wendy decided it would be good to have a family membership and play a sport that the whole family could get involved in.

Now retired, company director Wendy used to get on the court in her lunch breaks, Wendy said:

“At the time it was ideal, I could keep fit and play at lunch time or after work before dinner, and be on and off the court quickly.“I am very fortunate, since I started playing in the 70s, I have had many happy years playing and refereeing squash and it has certainly been very sociable part of my life.

“I have been very lucky to referee all over the world. It was a tremendous honour to be selected to referee the ladies final of the 2006 Commonwealth Games in Melbourne, Australia and the 2007 ladies World open Final, held outside the royal Palace of Madrid in Spain.

”Wendy was nominated for referee of the year by a fellow referee, Steve Eccles. Inspired by her ability to overcome difficult times and spending ‘too many years’ dedicated to the sport, Steve described her ‘positive contribution’ as inspiring.

Steve said: “over the years Wendy has shown consistent commitment to helping and mentoring more junior referees and has undertaken assessments with undiminished energy.

“Wendy ran assessments for junior referees at the British Junior Closed event on her own to fulfil the needs of the fellow referees.

“Her loyalty, positivity and a willingness to give all in the interests of squash and referees is an inspiration. She has a considerable amount of appreciation from fellow referees.

”Speaking about her award, Wendy added: “I felt very honoured to receive the award, however there are many other referees who generously give their time to squash, perhaps the only difference is I have done it for over 40 years.”