Home / NEWS / Safer streets are a priority for most older voters 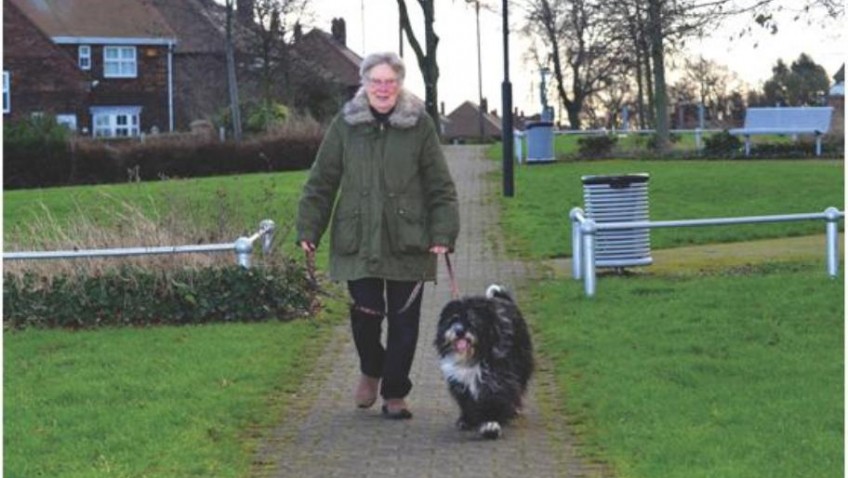 Safer streets are a priority for most older voters

If we are to stay healthy, active and independent it is essential that we can get around our local neighbourhoods on foot, safely and easily.

A YouGov survey commissioned by Living Streets has found that making streets safe for pedestrians is an election priority for 62 per cent of people over the age of 65 and these other shocking statistics:

• 82% of people say they enjoy being outdoors in the fresh air, but…

• 49% feel there is a medium or high risk of being run over.

Shelia Blaker’s story bears out these statistics. Now 80 years old, Shelia has been troubled with anxiety and depression for many years and credits walking with ‘saving my life’. She has always had a dog and walking is part of her daily routine which makes all the difference to her mental health and wellbeing.

She lives in Doncaster with her bearded collie, Jack, she found in a rescue home. Despite Shelia having cataracts and a heart condition, she and Jack enjoy getting out and about. Apart from the exercise it’s an opportunity to see friends and neighbours. However, the estate where they live is surrounded by a triangle of main roads and Shelia says they are limited to where they can walk safely.

‘Even on a quick walk ‘round the block’ we’re often faced with uneven pathways, potholes, muddy and obstructed footpaths where cars park on the grass verge or pavements. For a longer walk we have to cross the old north road which is very busy and the traffic moves very fast. Jack is quite scared of cars – he was a rescue dog and we think he may have been hit by a car – but then many local people of my age don’t like to cross that road either because of the fast traffic and avoid it.’

With the General Election in mind, Living Streets (formerly known as the Pedestrians’ Association) is asking all the main political parties to make a commitment to an Active Travel Bill which would give clear guidance and legal powers to local authorities to address the issues which make our streets often hostile places for people on foot.

Measures included would be:

• A UK wide ban on pavement parking (this is one of the issues our supporters tell us about the most and is also a problem for people with sight impairment, disabilities or even for parents with small children and buggies)

• Reducing traffic speeds – 20mph in areas where we live, work, shop and go to school.

There is overwhelming research which shows that walking not only helps us maintain a healthy weight and reduce our risk of chronic conditions such as type 2 diabetes and coronary heart disease, but extends lives and keep us well for longer.

Shelia is supporting Living Streets campaign because for her and many of her friends and neighbours, being able to walk safely and easily in their local area is not only a matter of physical health, but of quality of life.

Living Streets is asking older people across the country to lend their support by writing to their MP or their paper and encouraging people to get involved.

Shelia is inviting her local MP, Labour party leader Ed Milliband, to join her and Jack on one of their walks, so he can see for himself the importance of being able to get around on foot safely and easily.