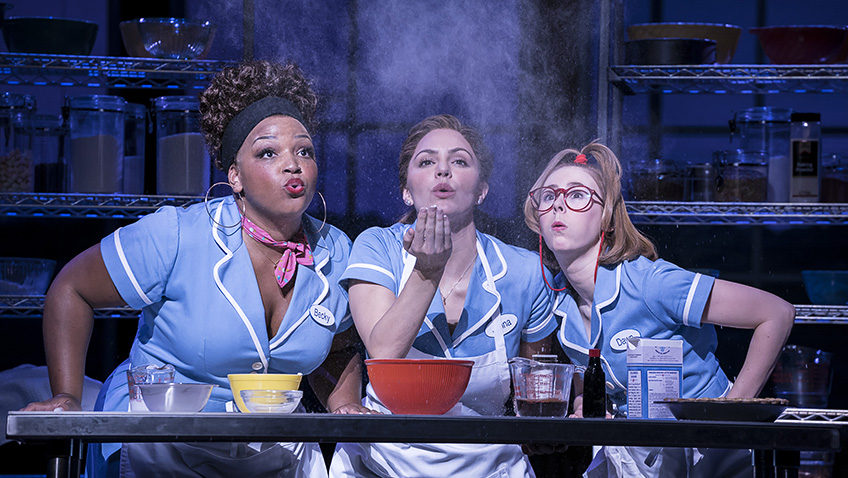 What better way to celebrate International Women’s Day than to attend the London premiere of a Broadway musical which celebrates female empowerment and motherhood?

Waitress is based on the Indie film of the same name which was written and directed by Adrienne Shelley, who was murdered just before the film’s premiere at the Sundance Film Festival in 2007. Shelley was 40. 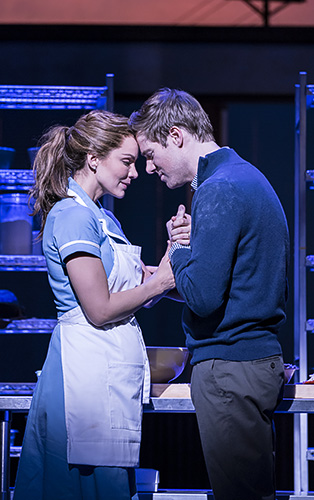 Waitress, the musical, premiered in New York in 2011 and was the first Broadway musical to have an all-female production team. The music and lyrics are by the Grammy-winning Sara Bareilles. The book is by Jessie Nelson. The director is Diane Paulus. The choreography is by Lorin Latarro.

The music is tuneful and the songs are heartfelt. The book is slight and the characterisation is cliché-ridden. The production goes for broad caricature and slapstick. The choreography is so discreet it is practically non-existent.

Jenna (Katharine McPhee) works as a waitress in a diner in a small American town. She is an expert pie-maker and gives her mouth-watering pies absurd names. She is married to an abusive man who treats her like a pimp treats a prostitute. She is pregnant by him and not happy about it.

Jenna falls in love with her gynaecologist (David Hunter), a married man. There is sex and farce on the gynaecologist’s examination table with a nurse constantly bursting in at the wrong moment.

McPhee takes the role seriously and sings with great power. She Used to Be Mine is the hit-song. Hunter has a light touch and is very likeable. Together they have some good songs: It Only Takes Taste, Bad Idea and You Matter To Me.

Marisha Wallace, cast as a bawdy waitress, acts broadly and is heavily miked. Wallace stops the show when she sings solo. Jack McBryer, as a goofy, silly young man (who marries a silly young woman), is physically very funny. Shaun Prendergast, as an elderly gent, has an avuncular and leisurely style which charms.

As for the first night audience, they behaved as if they were taking part in a feminist demonstration. They cheered and clapped any feminist statement and screamed with delight when Jenna finally gave her awful husband the boot.