Home / LIFESTYLE / REVIEWS > / Robert Tanitch reviews The Ocean at the End of the Lane at Duke of York’s Theatre, London 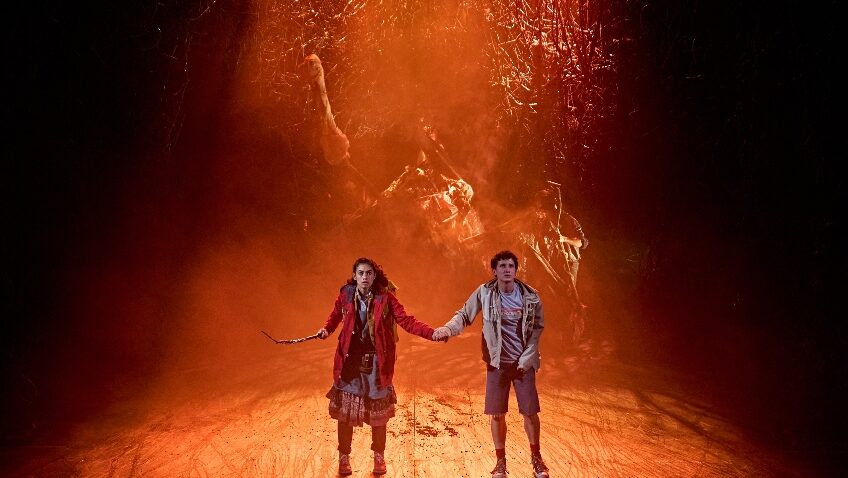 Robert Tanitch reviews The Ocean at the End of the Lane at Duke of York’s Theatre, London

Neil Gaiman, prolific author of fantasy novels and comic books, has won many awards and medals. He writes about “the glorious weirdness of family”, adult and child.

The Ocean at the End of the Lane, his most personal story, published in 2013, was voted Book of the Year. Had it not been for Covid-19, this stage adaptation by Joel Horwood for the National Theatre would have been in the West End over a year ago.

An unnamed man returns to his childhood on a Sussex farm when he was 12 years old, forty years ago, and is threatened by evil spirits. The ocean at the end of the lane is a duck pond. When does imagination stop and reality begin?

The past is another country, a dream, a memory, a nightmare, a supernatural fantasy, and here it has been brilliantly recreated in Katy Rudd’s truly amazing production.

The magic realism is fast-paced and visually fantastic. Doors multiply. An ordinary dirty bucket expands. A huge puppet monster, gobbling everything up, is truly scary and, as in Kabuki theatre, the puppeteers are dressed in black and “invisible”.

James Bamford is the vulnerable 12-year-old boy, who loves books and has an awful pain in the arse sister (Grace Hogg-Robinson). Penny Layden, a timeless witchlike granny, and Nia Tole, an exuberant child, are forces for good.

Laura Rogers is the ingratiating evil spirit who literally worms her way into the family and manipulates the boy’s dad (NicolasTennant) into doing something horrific.

So, when does reality stop and imagination begin?