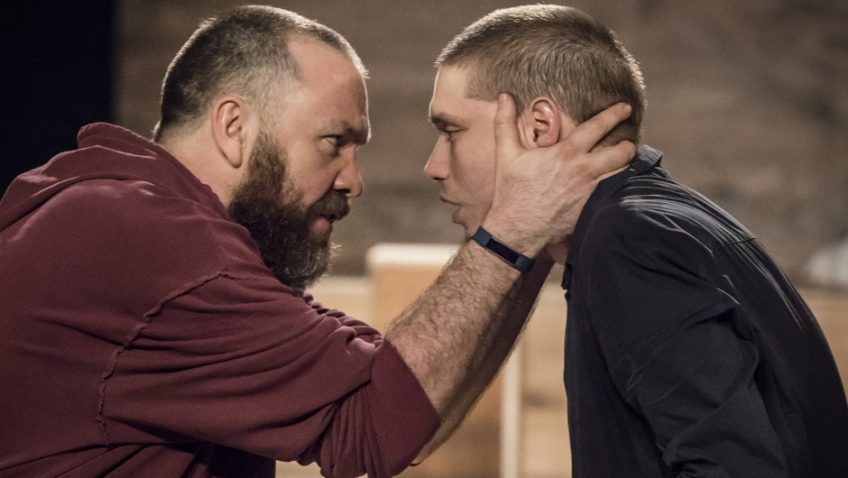 Galileo in 1609 built his first telescope and discovered that the earth was not the centre of the universe. His findings under­mined the authority of the Catholic Church and the State and he was warned by the Holy Office not to openly advocate his heretical theories.

When Galileo did not heed the warning he was summoned to appear before the Inquisition and under threat of torture, on the 22nd of June 1633, he recanted. Brendan Cowell in Life of Galileo

The recantation shocked the scientific world; but then those people who criticised his betrayal had not been shown the instruments of torture.

400 years later Pope John Paul II said the trial was a tragic mutual misunderstanding and that the Church had been wrong to bring Galileo before the Inquisition and force him to recant.

Bertolt Brecht wrote The Life of Galileo just before World War 2. He then rewrote it after the dropping of the atom bomb on Hiroshima, arguing that scientists should have their own Hippocratic Oath and that the purpose of science was not to find ways of destroying mankind but to relieve the hardship of the working class.

Director Joe Wright has found an interesting way to stage this didactic epic. The theatre has been changed into a planetarium. There is a circular pit with a catwalk round it. Some of the audience sits on cushions on the floor in the pit. Above them is a dome on to which is projected the night sky, lunar landscape and burning sun.

The actors remain actors acting a variety of carnival characters rather than real people. Houselights are switched off and on between scenes. The 3 hour modern dress production overrides the play.

The scene, when the Church officials refuse to look through the telescope, loses its impact for being played on the periphery and the clerics talking to Galileo across the groundlings.

Meanwhile, the debate between the Little Monk and Galileo suffers because the two actors have to act right in the middle of the tightly knit, distracting groundlings.

Similarly, it is not easy to listen to an argument by the Cardinal Inquisitor (Paul Hunter) when the focus is on the Pope (Brian Pettifer in his underpants) being dressed in his full regalia by two attendants.

Brendan Cowell bounds the stage with restless energy. I felt I was watching a lecture, albeit a highly theatrical illustrated lecture. Cowell, in t-shirt and jeans, a big, burly, bearded and immensely likeable bloke, a charismatic Aussie teacher, excitedly imparting his knowledge, has the authority to command the stage.

Billy Howle, excellent as his young pupil, momentarily transforms into a dancing girl in leotard and stilettos. It’s that sort of production.