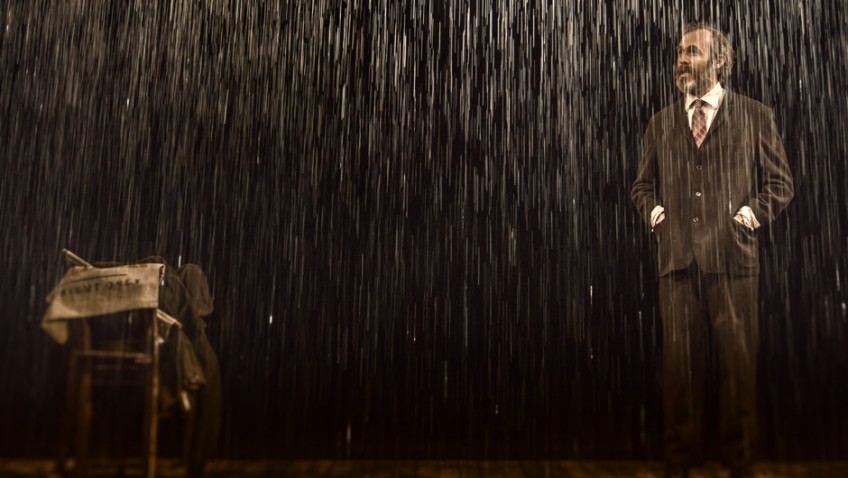 Brian Friel’s Faith Healer is an Irish mountebank, absurd yet momentous. His name is Francis Hardy and the story of his strange and itinerant life, his violent death and his spiritual redemption is told in four long, compelling monologues

Two of them are by Hardy which open and close the play. The other two are by his devoted and constantly humiliated wife and his jaunty beer-drinking manager who accompanies them on their travels.

Each of them covers the same events, but there are important differences. Their memories play them false.

Friel, eloquent and elegiac, is a great teller of stories and his characters address the audience directly. Nobody will want to leave the theatre until they know what really happened in the pub.

Hardy (Stephen Dillane), part showman, part charlatan, part priest, tours outposts in Wales and Scotland in a series of one night stands in derelict halls.  Friel uses the names of the villages and hamlets Hardy visits as a poetic and religious refrain. Hardy possesses a gift for miracles over which he has neither control nor understanding.

He says people came to him to prove they were incurable. On one occasion, to his absolute amazement, he healed ten people in one night.

His wife (Gina McKee) had trained as a solicitor before she ran away with him. He walks away from their stillborn baby (born in the back of their travelling van) knowing he has lost his gift for miracles and is unable to bring the baby back to life.

some much needed light relief

The haunting production is by Lyndsey Turner and the monologues, impeccably delivered by the actors, are separated by a curtain of rain.