Home / LIFESTYLE / REVIEWS > / THEATRE REVIEWS / Can Tosca save a Republican sympathiser from a traitor’s death? 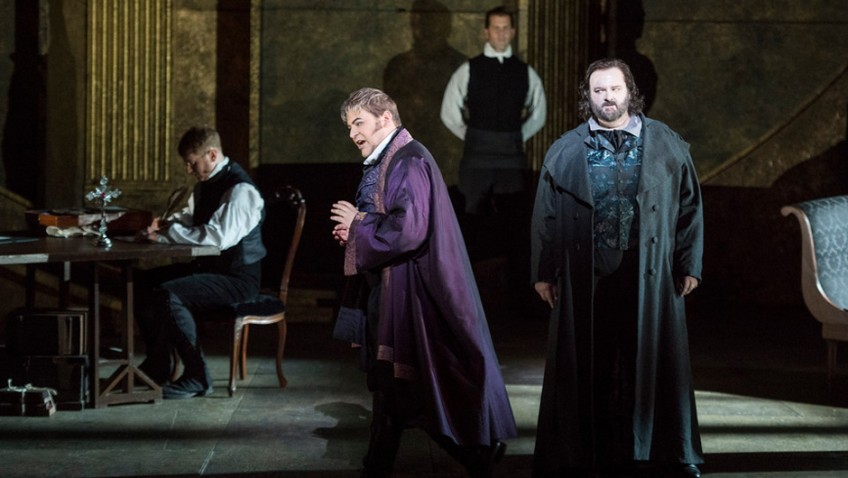 Can Tosca save a Republican sympathiser from a traitor’s death?

Victorien Sardou, the most prolific of the French nineteenth century dramatists, was master of the well-made play, a term used nowadays only in a derogatory way. He wrote La Tosca as a vehicle for Sarah Bernhardt and she scored one of her greatest triumphs at its premiere in Paris in 1887. On her visit to England with it she was said to have generated enough electricity to light up the streets of London.

If you want to know what melodrama at its best was like in the late 19th century you need look no further than Puccini’s Tosca, which premiered in 1900 in Rome and has all the ingredients: political and sexual intrigue, jealousy, betrayal, treachery, police interrogation, torture , seduction, murder, execution and suicide.

The story is set in 1800 in Rome. Can Tosca, the celebrated jealous diva, save Cavaradossi, her lover, a Republican sympathiser, from a traitor’s death?

The end of the first act has one of the most thrilling climaxes. At the very moment the choir is singing the Te Deum, so is Scarpia, the Head of Police, vowing to hang Cavaradossi and seduce Tosca.  The brilliant counterpointing of the religious and the murderous and lecherous can be spine-tingling.

Craig Colclough’s Scarpia, not villainous enough and underpowered in Act 1, never looks like a man capable of making all Rome tremble.

Keri Alkema singing of Tosca’s Act 2 aria, Vissi d’arte, stops the show but the director, Catherine Malfitano, fails to give her anything meaningful to do at the end of the act when there is just music and no singing.

The third and final act is denied its full dramatic impact because the designer has got rid of castle and its ramparts and provided something more impressionistic and artificial and galaxy in its place.

Tosca’s dive into oblivion, backwards and with arms outstretched, makes her look as if she is competing in the swimming Olympic Games.