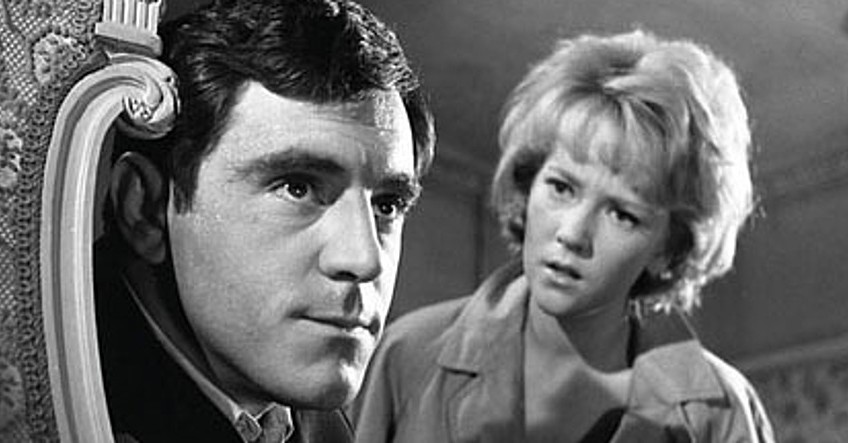 THE SMALL WORLD OF SAMMY LEE (StudioCanal). Sammy (Anthony Newley), a strip-club compere and inveterate gambler, owes a gangster bookie £300 and if he doesn’t pay him he will be beaten up and have his face slashed. He has 5 hours to raise the money. Newley, former child actor (Artful Dodger in David Lean’s 1951 Oliver Twist) had just had a big success in the West End in 1961 as star and songwriter of Stop the World – I Want To Get Off! The film, directed by Ken Hughes, which should have been a big movie break for him, failed. The major interest now is Wolfgang Suchitzky’s location photography and the chance to see what Soho’s Red Light District looked like in 1963. Sammy spends much of the time running up and down its streets, wheeling and dealing with a host of well-known Jewish actors in cameo roles

GAME OF THRONES SEASON 6 (Warner Bros Entertainment). Kim Harington is alive. No surprise there. Peter Dinklage has his dry witty cynicism. Beautiful Emilia Clarke has her fired-up dragons. Alfie Allen is now emasculated. Iwan Rheon gets eaten by his own hounds. The series has leapfrogged the novels and it is creator George R R Marten who now has to catch up! Epics always have been popular ever since Homer and before. Production values are high. There’s good use of faces, make-up, and sheer numbers in vast landscapes. The high spot is the Battle of the Bastards with lots of arrows and the Sark army hemmed in, surrounded by a wall of shields and spears moving in on them. There are longueurs, absurdities, swearing and the usual brutalities. The weakness, as always, is the dialogue. There is too much talk.

THE RAILWAY CHILDREN (Genesius Pictures). E S Nesbit’s children’s novel has been a popular tearjerker ever since it was published in 1905. This is a filmed record of the award-winning imaginative stage production, adapted by Mike Kenny and directed by Damian Cruden, which took place in York’s National Railway Museum. It’s a clever venue for it. The production came to Waterloo Station in London and is now at King’s Cross Station. If you saw the stage production you might like a souvenir. But if you haven’t read the book it would better to see the Lionel Jeffries 1970 classic film version with children playing the children first. On stage they are played by adults and the wittier for it. But if you have read the book, watch this DVD. It could whet your appetite to take the grandchildren to see the stage show. It’s perfect for children

CHEVALIER (StudioCanal) is a Greek comedy directed by Athena Rachel Tsangari. Six middle-aged, well-off businessmen on a yacht in the Aegean Sea play macho games to see who “the best male in general” is. The potential for the satire on grown-up men behaving childishly to have real bite is not taken. I thought it was going to be much funnier and much nastier. The comedy needs to be blacker, and along the lines of Neil LaBute’s In the Company of Men, if it is really to work. At present the film doesn’t go anywhere.