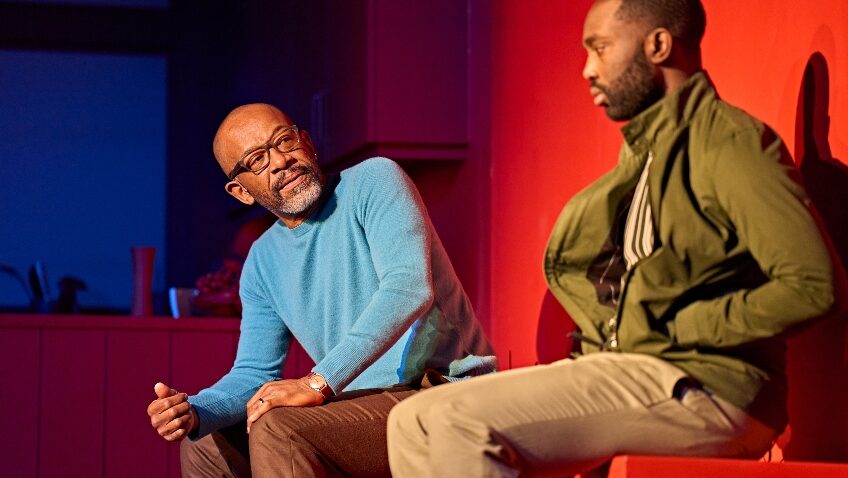 Caryl Churchill’s elliptical, intriguing but finally unsatisfying 65-minute play is a science-fiction parable on human cloning, which doesn’t discuss the ethics. It merely observes the effect on three clones and the father, who lost his son in a car crash and wanted another boy in exactly the same image.

Much later he discovers that the hospital, without his permission, have used the genetic material and there are now a number of clones wandering about the place. (Can you imagine what it would be like to be walking down the street and come face to face with yourself?). The father is thinking about suing the hospital and making a fortune.

The play is as much about fatherhood as it is about cloning. Churchill’s unpunctuated and fragmentary text is a series of confrontations, The father wants to make amends to his two sons. He treated one well. But he treated one so badly that he ended up being put in care.

A Number premiered in 2002 with Michael Gambon and Daniel Craig in the lead roles. It has been much revived since and most notably with Timothy West and his son, Sam West. Lindsey Turner directs the present production. Ed Devlin provides a living room with blood red walls. There are blinding flashes of light at the end of each scene.

Lennie James plays the father and Paapa Essiedu plays three clones. The final scene is comedy. A wig transforms Essiedu completely into a happy guy who is not very bright and totally at ease with being a clone and infinitely happier than the two boys the father nurtured.