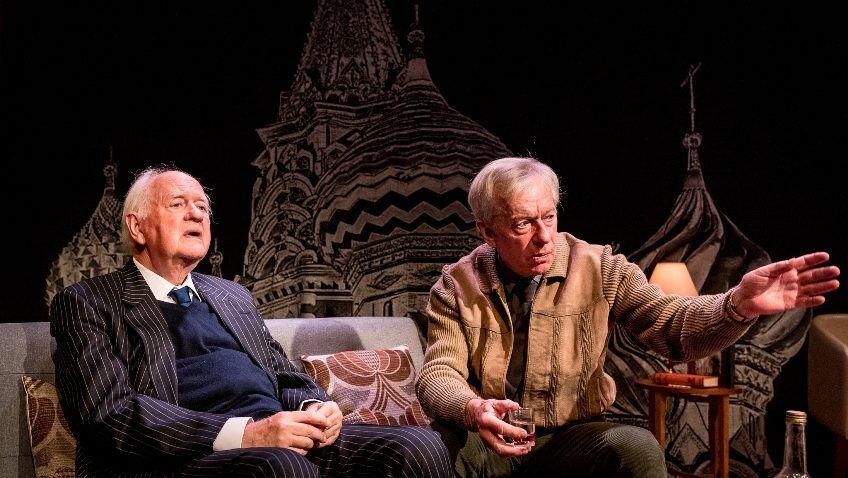 Spy stories have been popular on stage and film since World War One. The Cold War and John Le Carré are inseparable. Graham Greene’s film, The Third Man, directed by Carol Read, is one of the great British spy thrillers.

There have been successful plays about the Cambridge spy ring and most notably Julian Mitchell’s Another Country and Alan Bennett’s Single Spies.

Kim Philby, a double agent for the KGB whilst working for MI6, was recruited in 1934 and not exposed as a traitor until 1963. Committed to communism since he was 21, he believed he would have betrayed himself, had he not spied for Russia.

Graham Greene, who had served under Philby, was the only person to defend him. Ben Brown’s play records a meeting between them which took place in Philby’s flat in Moscow in 1987. Once great friends, they had not seen each other in 35 years.

The first act tells the backstory. The second act is a bit more dramatic. I felt I was watching a Q & A rather than a play. Greene interviews Philby. Oliver Ford Davies asks the questions and Stephen Boxer answers them. War is a nasty business and deception is part of it. Ben Brown’s scenario doesn’t go deep enough.