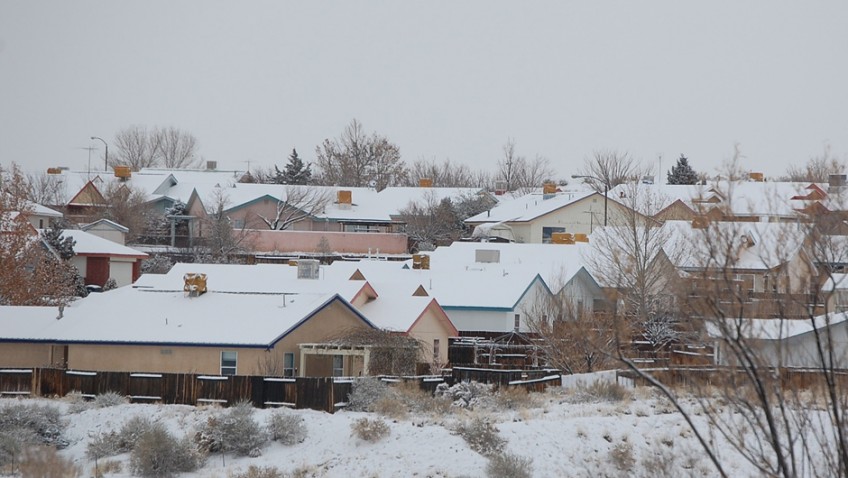 Numbers of older people dying over winter highest this century

New figures released by the ONS today show that over the winter of 2014/15 there were a staggering 40,800 excess winter deaths among the over 65s from cold-related illness such as heart attacks and strokes.

Among the over 65s numbers dying have more than doubled since 2013/14 when there were 15,900 excess winter deaths.

Over the last ten years a shocking quarter of a million older people have died from the cold –1 older person every 7 minutes.  Age UK has calculated that over the last 60 years there have been a dreadful 2.5 million avoidable deaths among older people in England and Wales due to the winter cold.  At the root of this problem are cold, poorly insulated homes.

Caroline Abrahams, Charity Director at Age UK, said: “After last year’s modest improvement, this year’s dramatic jump in excess winter deaths is a terrible rebuke to anyone who thought it was ‘job done’ when it comes to keeping older people safe from the cold. Indeed, these truly awful statistics represent a significant reverse and they highlight the imperative of us doing much more to tackle the underlying problem: cold, poorly insulated homes.

“Behind the figures are many individual tragedies of older people dying needlessly before their time. Not only is the human cost of cold devastating, treating the casualties piles big avoidable costs on the NHS and social care services too.

“The problem is we face a toxic combination of some of the coldest, most draughty homes in Europe, high energy bills and the absence of a comprehensive energy efficiency scheme to support older people in insulating their homes, so they can protect themselves against the very real threat of cold to their health.

“Today, through the Spending Review, the Government has the opportunity to show the leadership required to combat fuel poverty and cold homes. Above all, we need a sustained, ambitious energy efficiency programme, a workable replacement for the Green Deal and reform of the ECO.

“I don’t want our successors to look back in fifty years’ time and wonder how we knew older people were dying needlessly each year because of their poorly insulated homes, and yet we somehow failed to act. Many countries with colder climates than ours have far better records on cold-related deaths, showing we should be doing much better than we currently are. Cold homes have life and death consequences for older people and we should be deeply ashamed of that in an affluent country like ours”.

Lesley and Harry, both 65, live in the north Pennines in a detached, stone-walled cottage that was built in the 1700s and is off the mains gas and electricity grids. They rely on a multi-fuel stove, a log burning stove, a small generator and a small wind turbine for their energy needs. 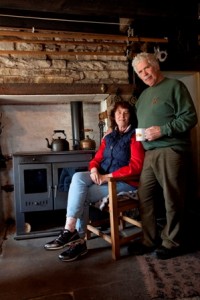 ‘We’ve got stone walls and one cavity wall, but we’ve not got any cavity wall insulation because when anyone rings you about grants, they say they can only do the whole house or nothing.

“And we’ve been inundated with calls for grants but none of them are for people who are off-grid. We were offered free solar panels too, but as soon as they found out we were off grid the offers just disappeared.

“Cost-wise, it’s very expensive. We’ve got two small private pensions but we’re not well off. We put in a small, domestic wind turbine 16 years ago, which cost us £3,000. We had no help buying the generator, which cost us around £5,000, and if there’s a problem with it we have to pay up to £400 for it to be serviced. And the minimum order of diesel for the
generator is £400.

“We fill the stove up two or three times a day, so we buy 10 bags of solid fuel to burn in the stove which costs us £180 a month. We also buy bundles of logs for the other stove at £40 each. Every day, you’re carting a load of logs and putting them in the shed. You have to do a lot of bending and lifting.

“If it’s really cold in the house we tend to stay in one room. We’ve found these last two or three years, it’s got harder. What wasn’t a problem 10 years ago is now – with my arthritis, particularly in the morning I can hardly walk about and I’m quite miserable.

“If you can keep yourself warm you do feel a bit better. But once you’re immobile you feel the cold quickly. I have a lot of physical problems, but the bottom line is you just have to keep going.”