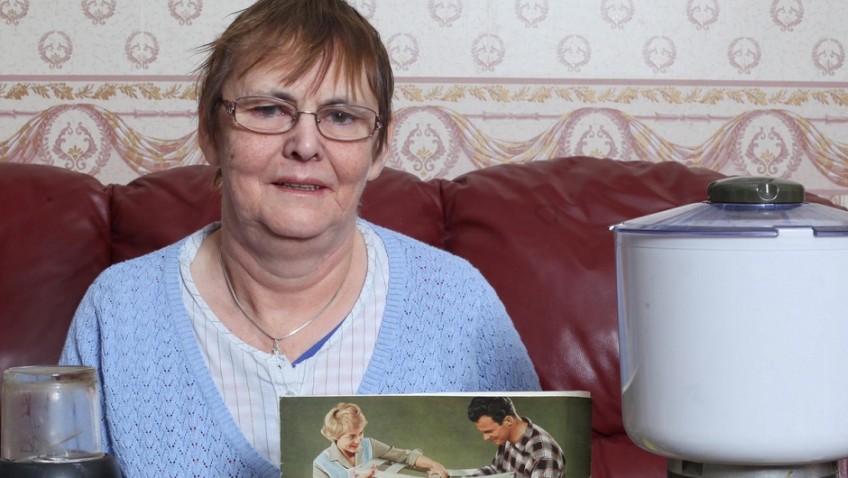 A gran is the proud owner of the world’s oldest and most versatile household appliance – which makes dinner, hoovers, paints and even grinds coffee beans.

Mary Waite, 63, and her husband Ivor, 65, have been using their Piccolo multi-purpose appliance since it was given to them as a wedding present in 1963.

Remarkably, the 90-year-old plastic and metal gadget, which does four household chores in one, was built in 1925 but still works today and has never broken down.

The Piccolo – which cost 20 guineas, around £25 in today’s money – works as a conventional vacuum cleaner while another chamber can be used as a paint sprayer.

It was made by German company Hammelmann Werke in the early 20th century and was promoted as the future of household appliances.

Two other chambers operate as a coffee grinder and even a food processor which specialises in mincing meat.

She said: “My husband’s aunt gave us the Piccolo as a wedding gift. It was almost brand new and still in its wrapper so obviously had not been used very much.

“We were absolutely delighted, it was quite a space-age thing to have in your house at that time and I remember our neigbours popped in just to have a look at it in action. “It’s a coffee grinder, a mincer, a food processor, a vacuum cleaner, paint sprayer – you name it, it can do it.

“On Christmas Eve I used the food processor to mix up the stuffing for the turkey and when family and friends left after Boxing Day I used it to hoover up the mess.

“It makes me laugh when I see all these flashy adverts on TV for hoovers and kitchen appliances which cost an arm and a leg.

“Mine cost £25, is almost a century old and hasn’t broken down once.

“The attachments all plug into one machine. Our son, David, still uses it to vacuum his car and I use the meat mincer and the coffee grinder.

“It has never once broken down and is the most reliable appliance I have ever used.

“I use some of the attachments more than others like the mincing machine I use the most.

“The mincer is useful when I have cooked a joint of meat and I have some left over. I slice the meat up and dice it and then ram it into the mincer with onions.

“I have also used it as a buffering machine, when I lived in my father’s house I used to get his floor really clean with it by putting a cloth on the end because the vacuum wasn’t very good.

“We used the coffee grinder a lot in the past but now my husband doesn’t buy that kind of coffee.

“I will never give it up for anything modern. Modern appliances are just not as strong.

“At Christmas it is constantly being used, either to prepare food or clean up afterwards.

“I pity those people who have to make do with modern gadgets, I would be lost without my Picollo.”