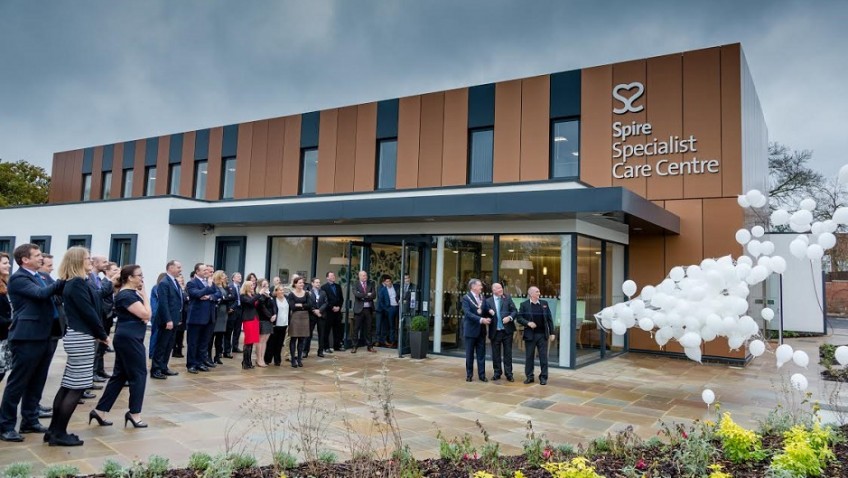 A new £14m specialist cancer centre has opened in Chelmsford this month, bringing state of the art cancer treatment to Essex and the wider region.

The Spire Specialist Care Centre is located at the Essex Healthcare Park in West Hanningfield Road. It’s the second such centre to be opened by Spire Healthcare, one of the UK’s leading independent hospital groups. The other opened in Bristol last year.

The UK has fewer linear accelerators per head of population than France, Germany, Netherlands, Italy and Belgium.

The development means a significant increase to the private provision of linear accelerators, which currently stands at only 20 machines nationwide outside London. “This equipment will enable clinicians to provide highly targeted radiotherapy, which means much greater precision for patients as healthy tissue surrounding tumours can be preserved,” said Rob Anderson, Spire’s Director of Cancer Services.

“For many cancer sufferers, the opportunity to have care from diagnosis right through to recovery from the same provider is incredibly important,” he added.

The centre will treat a broad range of cancers including breast, gynaecological, prostate, head, neck, skin and lung cancers using state of the art treatment and verification techniques.

The centre also has consulting rooms and an eight bay chemotherapy suite, presented in a unique tranquil environment. The Centre’s services will be led by clinical oncologist Mr Sherif Raouf and supported by a dedicated specialist team with twelve new roles being created.

To mark the official opening of the centre 204 helium filled balloons were released. Each balloon represented one of the people in the East of England region who were diagnosed with cancer so far that week. “The idea is that the balloons represent hope for those individuals,” said Rob Anderson.

“Cancer survival rates in this country are at the highest they have ever been. Investment in new technology and a state-of-the-art treatment centre like this will help push that figure even higher.”

“I had the mental strength to deal with the disease but physically it was down to the consultants and the staff at Spire.” Yvonne Sheppard