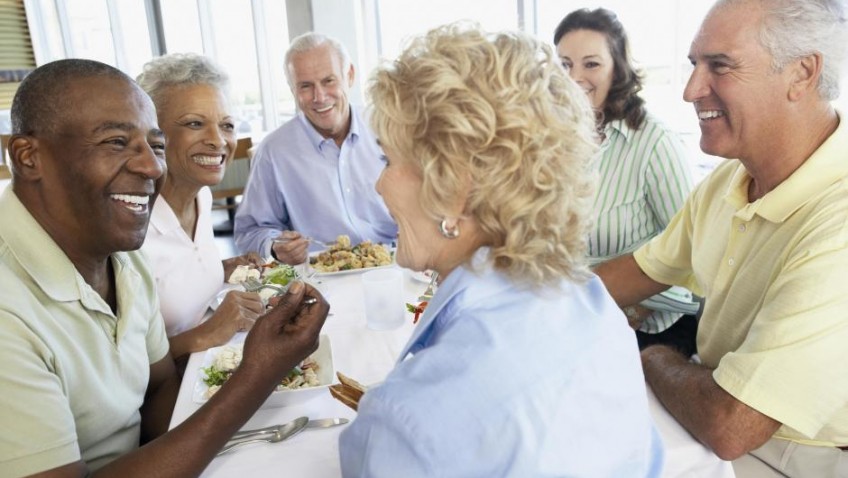 Money alone does not buy a good later life

Social connections are as important as money and health to a good later life, according to a major new study published by the Centre for Ageing Better.

The study reveals the strong links between health, financial security and social connections in determining whether we enjoy our later life. It is possible to enjoy a happy and fulfilled later life despite having some health and money problems.

New analysis has identified six groups based on their happiness with later life. These are:

Social connections matter across all groups but a large group of people, predominantly in their 50s, are squeezed today and risk having a difficult future.

The ‘Squeezed Middle-Aged’ (representing over 2½ million people aged 50 and over in England are at risk of missing out on a good later life. Many are caring for children and parents; they have little time to socialise or money to spare. They report being too busy to build or maintain relationships with 45% of this group saying that they sometimes or often lack companionship.  People in their 50s are also less likely to say they are ‘satisfied with their lives’ than those in their 60s or 70s.

The ‘Can Do and Connected’ group (representing over 3½ million in England) are mostly in their 60s and 70s and show how important social connections are in later life. Their health is worse than average, they have typically had a number of stressful life events and yet have high levels of happiness.

This seems to be due to the strength of their supportive connections. This is in sharp contrast to the group we call ‘Worried and Disconnected’ who are similar in terms of age and health, have more stable finances and yet have a much lower sense of happiness. This is largely due to having fewer social connections, some of which had been lost when moving from work in to retirement.

“Living longer is potentially the greatest gift of our lives and a huge opportunity for society. But as well as adding years to life, we need to add life to years – enabling people to enjoy a good later life. While good health and financial security are already seen as important, the value of human relationships is often ignored.

“By understanding more about what influences happiness in later life, we can ensure fewer people miss out. The Centre for Ageing Better will work with others to help people prepare for the future, stay active and connected, and feel in control. We will use evidence about what works to bring about changes so that in future more people will enjoy a good later life.”

“We are still “woefully unprepared” for our ageing society, as more of us live longer lives. This new research shows that there are millions of people on the cusp of older age who are at risk of missing out on the benefits and opportunities that a longer life can bring. Individuals, communities, businesses and Government need to act. I hope this report leads to more people understanding and acting on the issues so more of us can enjoy a good later life.”