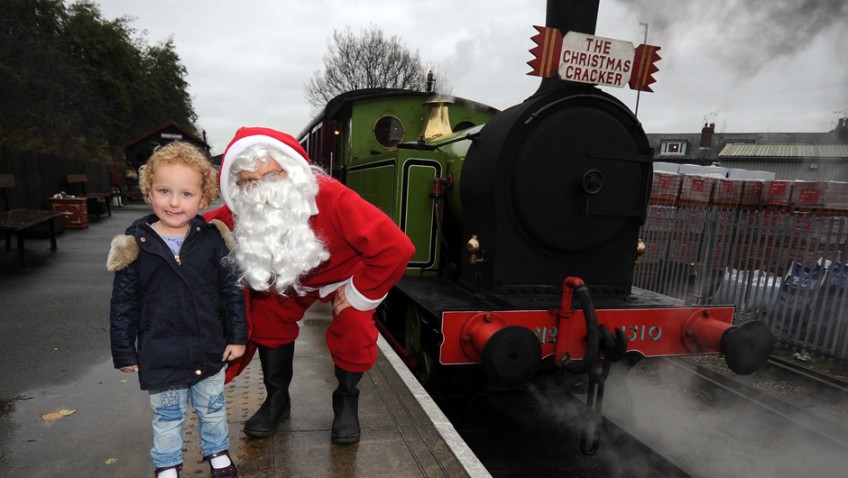 The world’s oldest continuously working railway is set to continue full steam ahead over the festive period – with Santa Special Trains.

Up to 4,000 adults and children are expected on board the festive locomotive during the run-up to Christmas.

Kids will all receive a gift from Father Christmas on board the Middleton Railway line, in Leeds, West Yorks., which opened up in 1758.

The 35-minute round trip between Moor Road and Park Halt costs £11 for children and £8 for adults.

Andrew Gill, chair of the Middleton Railway Trust, said: “We’ve had people come dressed up in their Christmas jumpers and all sorts, and we have something like 16 Christmas trees in the Engine House. All the locomotives are decorated and everyone’s in the spirit of Christmas.

“It’s proven very popular so far, we’re advising people to book places in advance so not to be disappointed.”

The railway line was first built to transport coal between Middleton Colliery and Leeds factories, but is is now a heritage railway, run by volunteers.

It also became the first railway to use steam locomotives for commercial purposes in 1812.

The railway also has a museum at its base in Moor Road Station.