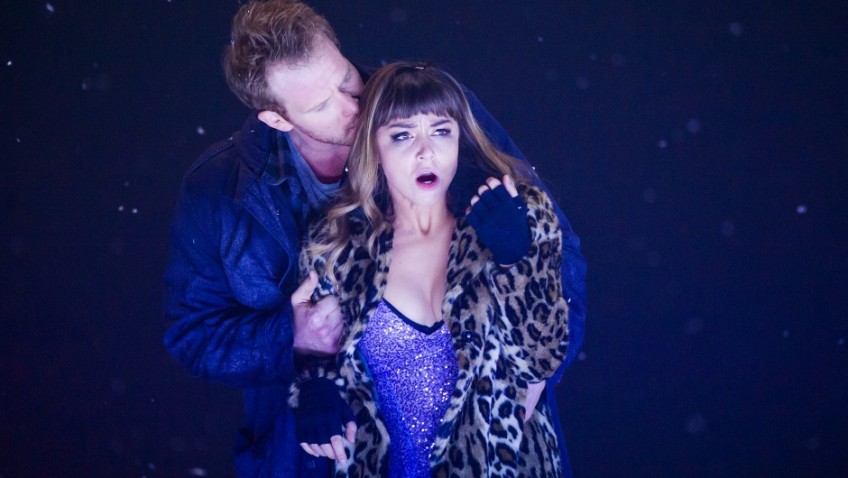 English National Opera joins forces with Dutch National Opera to stage one of the great tearjerkers. The director is Benedict Andrews. The conductor is Xian Dhang making her ENO debut.

La Bohème is the quintessential statement on poverty, consumption and death among the artists of Paris’s Latin Quarter in the early 19th century.

When Puccini is well sung I sometimes feel I could go on listening to La Bohème forever.

The libretto is based on Henri Murger’s autobiographical novel,Scenes de La Vie de Bohème, first published in 1848 and dealing with his youthful artistic struggles, which had taken place some twenty years earlier. 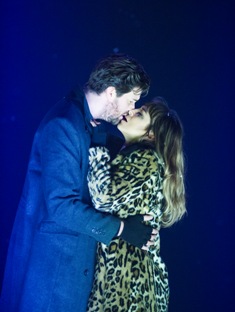 Corrine Winters and Zach Borichevsky in La Boheme by Puccini

Murger and Puccini sanitised the Bohemian life, making it more acceptable to a sentimental public.

Benedict Andrews attempts to dirty it up by taking the story out of the 1830’s and setting it in the late 20th century and has Rudolfo (the strikingly tall American tenor Zach Borichevsky) injecting heroin into his arm and then into the arm of Mimi (Corinne Winters), incongruously, during some of Puccini’s most gorgeous music.

There is so much light in the studio with its huge windows that worrying about a candle going out just does not make any sense. Also having the lovers lying full length on the floor is not the best of places for either singers to sing or for audiences to watch them singing.

The second act at the revolving Cafe Momus is a complete and utter crowded mess. It is difficult to focus on what is going on.

Why is Marcello (Duncan 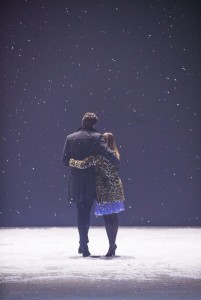 Rock) still in his pyjamas and what are the children doing inside the cafe which doesn’t look like a cafe anyway?

The third act with a mini tower block revolving in the fog is distracting. Come the fourth act I did wonder, since the story had been updated, why Musetta (Rhian Lois) hadn’t taken Mimi to A&E.

The production irritates. The music and the singing, however, especially in the love duet in Act 1 and the quartet in Act 3 are a joy.