Home / LIFESTYLE / REVIEWS > / FILM REVIEWS / A beautifully shot, but pointless adaptation of Turgenev’s A Month in the Country 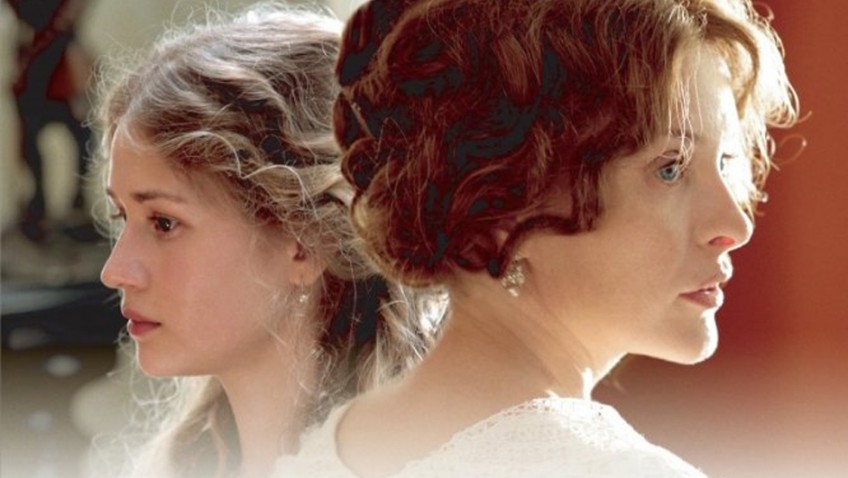 A beautifully shot, but pointless adaptation of Turgenev’s A Month in the Country

Two Women is not the reissue of Vittorio De Sica’s 1960 ‘women in war’ movie starring Sophia Loren, but a 2014 film based on Ivan Turgenev’s 1850 play, A Month in the Country.  First published in 1855, but not staged until 1872 due to battles with censorship, Two Women is directed by Russian actress-turned-director Vera Glagoleva and, fittingly, given the title, adapted by two women: Svetlana Grudovich and Olga Pogodina-Kuzmina.  Don’t let the presence of Ralph Fiennes (whose voice is dubbed) fool you: the movie is, as it should be, in Russian with sub-titles.  But for all that authenticity, and Gints Berzins’s sumptuous cinematography, the film does Turgenev’s first masterpiece no favours. First published in 1855 but not staged until 1872 due to battles with censorship, the play came into its own in 1909 when Stanislavsky directed a production in Moscow. By then, the world had fallen in love with Chekhov, and A Month in the Country, which once bore the working title, The Student, and then Two Women, could be considered Chekhovian had Turgenev not preceded him.

The film is very faithful to the play, in terms of characters, setting, the period (1840’s Russia) and plot, but fails to recognise that Turgenev had intended it to be a comedy of social mores, delivering more of a melodrama.

Mikhail Rakitin (Fiennes), a single, French-speaking intellectual, pays a visit to his friend, Natalya Petrovna Islaeva, a beautiful 29-year-old woman with whom he has always been in love.  If Rakitin loves at a safe distance, Natalya’s feelings are based more on boredom and her appreciation of the company of a refined man who is not part of her husband’s circle.   She is married to an older, wealthy land owner (Aleksandr Baluev) and lives with him, their young son, Kolya and their pretty, 17-year-old ward Vera (Anna Levanova) on his large estate and farm.

The monotony of this existence is broken for a short month by the arrival of Kolya’s tutor, a handsome, young student named Aleksei Belyaev (Nikita Volkov).  Within days Natalya not only realises that she is in love with Aleksei, but that her ward Vera is also, turning them into rivals. There is already pressure for Vera to marry a rich, much older and rather gouty-looking neighbour, and when Vera starts spending too much time with Aleksei, Natalya betrays her ward in order to have Aleksei for herself.

The result is a lot of anguish, secret meetings, confessions and a hinted affair, followed by a return to paralysis in which no one, least of all Aleksei, is better off. Vera’s fate suggests the cyclical nature of loveless marriages at a certain level of society that, when emotions, etiquette and practicality collide.

In addition to being dubbed and too old for the part, Fiennes gives his most forgettable performance here. Less observant suitor than creep, he looks more embarrassed than uncomfortable standing around with little to do.   There are some very good performances, although the idea that the tutor is an ordinary student, and hardly worth all of the excitement, never really comes across.