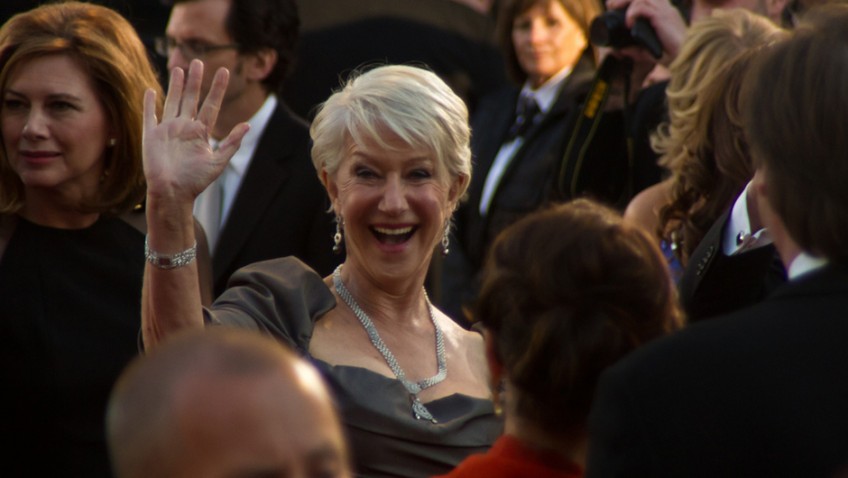 If 30 is the new 20, is 60 the new 40? Many people not only enjoy, but hit the peak of their professional careers during their seventh decade.

Take Helen Mirren, for example. Despite a distinguished stage career it was only in the early 2000s, at 60 years of age, that she attained mainstream success, starring in the Elizabeth mini-series and The Queen film in 2005 and 2006 respectively. The latter earned her a BAFTA, a Golden Globe and an Academy Award.

Since then Mirren’s success and fame has reached new heights; she continued stage and film acting, appearing in films such as The Debt, Hitchock, The Hundred-Foot Journey and Woman in Gold. 70 years old and still gracing the stage and screen, in 2013 she was awarded a star on the Hollywood Walk of Fame, and in 2014 BAFTA awarded her the Academy Fellowship for her “exceptional contribution to film”. She may scoff, but thanks to a number of nude scenes she is considered a sex symbol.

At the age of 60 many might have expected Mirren’s career to dwindle, but arguably she achieved more in her sixties than she had in any other decade. John Lydon, the 59-year-old ex-Sex Pistol and singer of Public Image Limited recently gave an interview to Chronicle Live in which he admits he has no plans to slow down in his old(er) age.

“There’s a terrible philosophy in England and it creeps in at an early age, at around 40 to 45, people start listening to the nonsense of `oh, act your age, you shouldn’t do that, you’re too old’.

“Well, that’s impossibly unbearable for me. I found by moving to California that’s complete nonsense. What a waste of your life, to accept that. I hope like the rest of my fellow Californians to be bungee jumping out of aeroplanes at the age of 80 and 90 and 100.

“Looking forward to retiring at 65 is absurd. These are the best years of your life.”

Another punk rock star from the 1970s, Debbie Harry of Blondie talked to the Telegraph about being in a band at 70 and explained how she is enjoying her golden years.

“There is a mental element to ageing… If you stay creative, interested and open to new things, you won’t stagnate… I’m amazed by ageing and how it happens differently for different people.”

Retirement doesn’t have to be the end of a productive and fulfilling life. A reasonable retirement income is important for looking after yourself in later years, but many people still make highly valued contributions to the workplace well into their 60s.

But financial wealth or ownership of assets is unlikely to make you happy for a long time, according to Dr. Thomas Gilvoch, a psychology professor at Cornell University. His research has found that individuals are more likely to derive happiness from experiences like art exhibits, outdoor pursuits, learning new skills or travelling.

Gilvoch’s research refers to the Easterlin paradox; that income does bring happiness but increased income doesn’t correlate with increased happiness. The research has shown that satisfaction levels with owned items diminishes over time, while satisfaction with experiences grows.

Perhaps there’s a lesson here for us. It’s important for us to budget and live within our means during retirement, but it’s also important that we continue to experience and enjoy experiences and continue to venture outside our comfort zones.

Just look at Helen Mirren, John Lydon and Debbie Harry for examples of septuagenarians who are still living life to the full.