Home / HEALTH / Help with compulsive hoarding is on hand 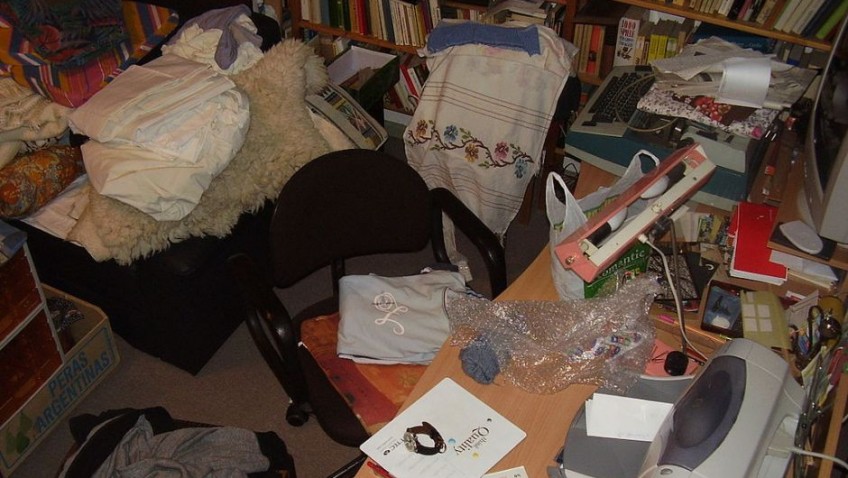 Help with compulsive hoarding is on hand

An estimated 3% of us – that’s almost two million people in the UK – suffer from compulsive hoarding, officially recognised as a separate medical diagnosis in May 2013. A great many of those with the condition are older people living on their own and those who, quite often, have been affected by issues such as bereavement, retirement, a breakdown in family relationships or mental health problems.

And while most of us are guilty of keeping items in our home which serve no useful purpose, when taken to extremes, being unable to part with objects can actually represent a major health problem.

When Haringey council cleared the home of Polish war veteran Edmund Trebus, they needed ladders to gain entry, took out 515 cubic yards of rubbish and also found a 300-foot long tunnel, filled with rats and rubbish, leading into his garden.

So what can families to do to help older relatives whose homes have started to fill with clutter and whose wellbeing is being affected by hoarding? www.myageingparent.com has just published a helpful guide to steer families through the challenges they face. As Deborah Stone, the site’s MD makes clear: “A little clutter never hurt anyone… but at some point families may need to step in to help their loved ones break the habits that have been forming. The first challenge is recognising the problem.

“The NHS Choices website defines hoarding as a disorder whereby ‘someone acquires an excessive number of items and stores them in a chaotic manner. The items can be of little or no monetary value and usually result in unmanageable amounts of clutter’,” she says.

“If you have an older parent or relative whose home is full to bursting with ‘stuff’ they either won’t, or can’t, throw out and whose quality of life is affected by this, then they may have a hoarding disorder.”

So what are the signs to recognise?

“We all accumulate possessions as we move through life,” says Deborah, “and it’s common to form sentimental attachments to some. If pushed, most people will confess to having a garage, spare room, shed, or various drawers and cupboards brimming with clutter.

“However, whereas most people will have a clear out at some point, by giving it to charity, selling it, or simply taking it to the tip, some people just cannot bring themselves to part with any of their clutter, often convinced it still has some use or value. When this happens, the collection of possessions, newspapers and even bags of rubbish may begin to take up so much space that it affects their quality of life.

Letting someone’s GP know of the problem is one possible step, as they can refer them to a local community mental health team and perhaps propose a course of Cognitive Behavioural Therapy (CBT).

“The charity OCD UK is another useful starting point, and so too is www.helpforhoarders.co.uk.

“If you’re going to take steps to help them tackle the problem,” says Deborah, “it’s important that the hoarder does not become over-anxious that people will enter the house and take things away. They need emotional support. With time, they should be empowered to sort through their hoard and start to discard items voluntarily.

“Your older parent may not be an extreme hoarder, but they might still need some help to declutter. If that’s the case, we have also published a helpful guide on the gentle steps to persuade someone to part with items they don’t need.

“This can be critical for anyone who really should be moving into accommodation that is better suited to their needs, but they cannot part with their possessions. It’s not compulsive hoarding, but it too can be a key factor in determining someone’s future wellbeing.”

The full guide can be found HERE.