The healing power of plants

There’s no doubt that plants improve the wellbeing of all who care to interact with them. Just half an hour spent in the garden or a lunch-break wandering through the local park or countryside can restore nerves and soothe the soul. Even houseplants at home and in the office have a beneficial effect – increasing humidity and absorbing certain polluting gases including formaldehyde in addition to mopping up airborne dust particles.

Studies into psychology and interior design have compared office workers who are unlucky enough to work within ‘lean’ offices with little natural light; carpeting; fluorescent lighting and air conditioning, to lions living in concrete, caged enclosures. Add a few plants to the office, however, and the enrichment has been shown to improve mood, health, productivity and capability. The same principle can be applied to homes: some have harsh lighting and are starkly devoid of greenery – creating a problematic environment that could be easily remedied. 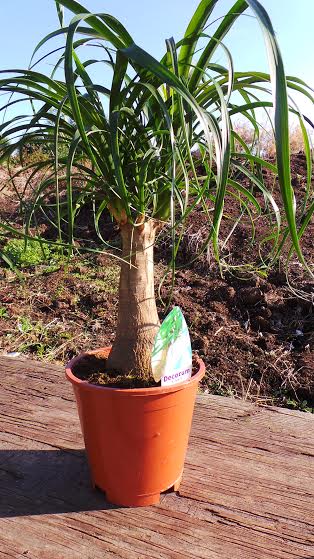 But what plant to choose for an indoor environment? Bear in mind that flowering plants and those with coloured leaves generally need higher light levels than those with green leaves. Some, such as the cast iron plant (Aspidistra) and Chinese evergreen (Aglaonema) can happily tolerate low light levels and into the bargain they will improve the quality of air. Weak and spindly growth indicates insufficient light levels and variegated foliage is likely to lose its variegation. Too much light results in bleached or wilting leaves and rapid changes in light levels causes leaf drop on varieties such as many different varieties of fig (ficus).

Of course we all know that plants have amazing healing powers. People have been using them for centuries, as can be seen in Greek frescos dating back to 1600 BC showing saffron flowers, myrtle, lilies and poppies. There are many useful plants growing in our gardens – although of course care should always be taken and medical advice sought where necessary.

Popular healing herbs for use in cooking or infused to make a tea include mint, which stimulates the production of bile as well as helping digestion; lemon balm for calming the central nervous system; sage to help combat hot flushes and night sweats; thyme for its antiseptic, antibiotic and anti fungal properties; rosemary for its excellent antioxidant properties and oregano for its antibiotic healing powers.

Then there is lavender which can be used as a tea or infusion or fresh to make a room fragrance – ideal under the pillow to aid a good night’s sleep; valerian which helps calm the nerves and aloe vera, an African native which is popular as a houseplant, the juice of which can be used as a soothing remedy for minor cuts and burns.

Aren’t plants amazing? Have a look at www.perfectplants.co.uk for inspiration.