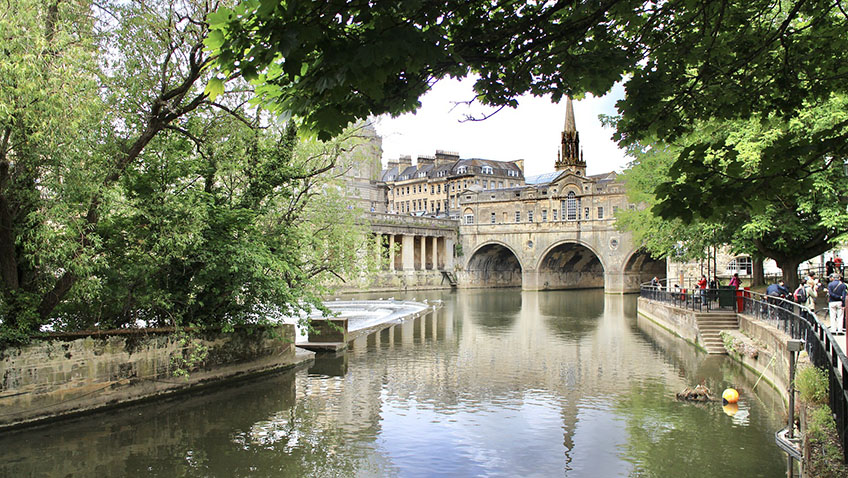 A new developer is set to shake up the retirement living housing market as Guild Living announces its plans to develop over 3,000 new homes specifically for the older generations with the aim of meeting the UK’s longevity and urbanisation needs. And what’s more it’s planning to build these properties in UK town and city centres. To this end it’s already secured its first two development sites – one in Bath, Somerset and the second in Epsom, Surrey.

The developer says that projections indicate that the number of over 85 year olds living in the UK is set to double by 2041 and treble by 2066 – by when there will be a further 8.6 million residents over the age of 65. Yet there has been a fundamental failure to address the specific housing, health and care needs of this demographic.

Alongside population growth, urbanisation is an increasing global phenomenon. According to the UN, today 55% of the world’s population lives in urban areas and this is expected to increase to 68% by 2050. In the UK 83% live in an urban setting and during 2001 and 2011, the number of older people increased by 23.8% in OECD metropolitan areas.

Responding to increased urbanisation and the changing requirements of the UK’s over 65s, Guild Living – which is a partnership between Legal & General and a team of global experts in design, development and wellness – aims to deliver a new class of urban retirement community across the UK’s towns and cities. Set in vibrant urban environments, the developments will combine beautiful architecture and interiors with ground breaking and academically-accredited wellness programmes to enable and enrich an independent, active later life.

Staying active in later life is more than physical fitness; it is about social and mental activation too. Described by medical professionals as a “silent epidemic”, loneliness has profound medical implications. More than 2 million people in England over the age of 75 live alone and research indicates that more than a million older people say they go for a month without speaking to a friend, neighbour or family member. Although cities are full of people, social isolation is prolific. Retirement communities with extra care, such as those being planned here, have the potential to significantly reduce social isolation.

Phil Bayliss, CEO of Later Living at Legal & General and Chairman at Guild Living comments: ‘With over three million over 60s in the UK seeking to downsize their homes, we see a £100 billion investment opportunity. 84% of the UK population lives in urban areas and we expect retirees to continue to migrate to UK towns and cities to enjoy all the local amenities they have to offer as well as to be closer to their loved ones and transport links.

‘We are establishing the Guild to address this staggering opportunity and tackle the NHS and care crisis head on. Through Guild Living and together with our existing out-of-town offering, we will now be delivering over 7,000 later living homes over the next five years.’

It is intended that each community will be individually master planned and innovatively designed. Made up of around 200 apartments, it will include a restaurant, a physiotherapy gym and pool, consultant rooms for GP surgeries, a children’s nursery and retail space for local businesses – all of which will be open to the local community.

Residents will live independently, with flexible and supportive care available if and when needed. In Epsom specifically, the new scheme will include keyworker units and transitional care suites, available to the NHS as and when required.

Michael Eggington, CEO at Guild Living, comments: ‘Internationally, we have seen countless examples of how active, community-focused living can change people’s lives. Over six per cent of over-65s in the US and Australia live in later living communities. This is in comparison to the 0.6 per cent of over-65s choosing a retirement community in the UK. In the likes of the US, New Zealand and Australia, the intrinsic link between housing and health is widely recognised. This support has helped retirement villages become a mainstream option for older demographics.’

Eugene Marchese, Design and Innovation Director at Guild Living, said: ‘Our vision is to deliver a significant change to how our older generation live. We will create beautiful “age-friendly” environments that are activated by world leading wellness programmes and activities, designed to engage and connect our residents with family, friends and the greater community.

‘Each community will be designed with innovative architecture, communal facilities, and academically accredited wellness programmes, that will stimulate our residents physically, socially and cognitively.’

Supported by a team of leading academics, including Professor Malcolm Johnson of Channel 4’s documentary Old People’s Home for 4 year olds, Guild Living will design wellness programmes that support better ageing through physical, cognitive, psychological, nutritional and social stimulation. As part of this unique approach, it will incorporate a children’s nursery into the later living community, creating a culture of social inclusion and bringing a multitude of benefits that come from intergenerational engagement.