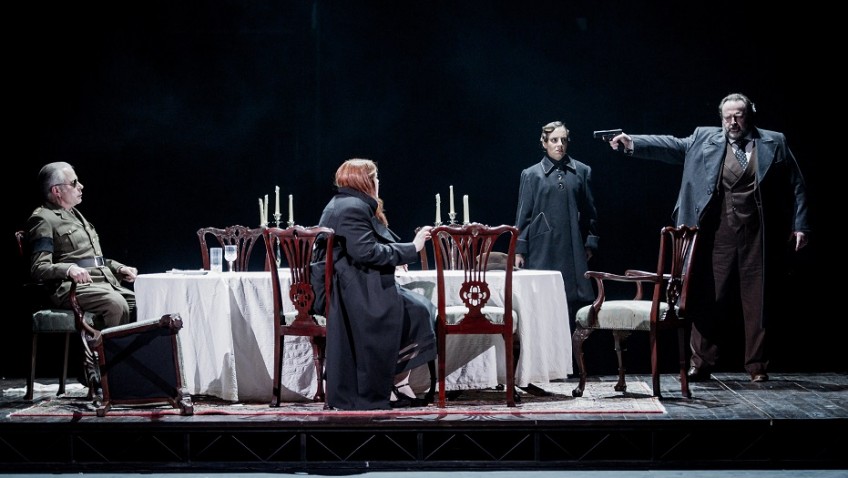 Go to ENO for the singing rather than the production

One of the reasons Verdi’s opera of love, war, revenge and death, is not staged that often is that the libretto is such a rambling panorama that the audience is never totally involved in what feels like a series of very loosely connected episodes.

Catalan director Calixto Bieito sets the opera during the Spanish Civil War, but fails to make the story-line more accessible. The settings are particularly irritating. The towering mobile terraced facades are so surreally, so obliquely angled that they look as if they might fall down at any moment.

Tamara Wilson, a commanding voice and a commanding presence (not the eloping type you would think but the voice soars) is upstaged in her solo, when the set keeps revolving behind her to no purpose.

Destiny is malevolent and Leonora has a particularly bad time. Her father is accidently killed by her lover who also kills her brother. The Church offers her no comfort. She is given a brutal haircut and a crown of thorns made from barbed wire. She spends five years in a hermit cave (no mod coms, only a hand-bell) and in this production she commits suicide, strangling herself with a necklace

Guernica is recalled, most notably with a huge blown-up image of a frightened horse’s head on the cyclorama. Newsreels are projected of goose-stepping jackboots marching by. On stage books are ripped to shred by hand and kneeling captured soldiers are lined up and shot in the head. Pregnant women are beaten up.

Mark Wigglesworth conducts. The production opens with the 1862 prelude rather than the better known 1869 overture. There is some fine orchestral playing and some fine choral singing.

Verbally the most dramatic solo is an un-Christian rant against the poor, and it’s all the more shocking for being delivered by a friar (Andrew Shore) who thinks the poor are mere scum breeding more scum.

To learn more about Robert Tanitch