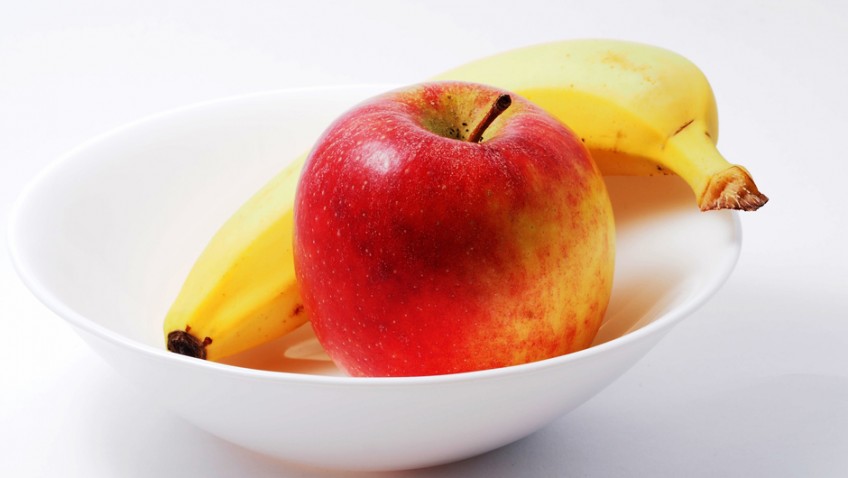 Just one apple or banana a day could cut your risk of dying from a heart attack or stroke by a third, according to new research.

Oxford University professors tracked the diets of half a million adults in China for seven years and discovered that just a 100g portion of fruit a day, the equivalent of one apple or one banana, can cut cardiovascular mortality by a third.

And key to their findings was that the fruit had to be fresh. Processing it, such as making a smoothie diminished its health benefits.

The study, published in the New England Journal of Medicine, found that the more fruit people ate, the more likely they were to avoid dying from a stroke or heart attack.

Heart disease accounts for more than a quarter (27%) of all deaths in the UK and someone from the UK has a stroke every three and a half minutes.

People in China eat far less fruit than in Western countries such as the UK, making it easier to spot a trend when a fruit-eating sample from the population is studied.

Author Dr Huaidong Du, from the University of Oxford, said: “The association between fruit consumption and cardiovascular risk seems to be stronger in China, where many still eat little fruit, than in high-income countries where daily consumption of fruit is more common.”

And the fruit the Chinese do eat tends to be fresh rather than processed.

Researchers say that this is a ‘key’ part of the story and that processing fruit into something like a smoothie can cause it to lose fibre and other healthy elements.

While fruit is a rich source of potassium, fibre, antioxidants and very few calories or sodium, it is not yet known what it is about fruit that prevents these health conditions.

The study found that fruit consumption was associated with many other factors, such as education, lower blood pressure, lower blood glucose and not smoking.

Author Professor Zhengming Chen, University of Oxford, UK, said: “The key thing is that this is fresh fruit.

“It’s very much the more often you eat fruit the less likely you are to get heart disease or have a stroke. So ideally, you want to eat a piece of fruit every day.

“When you process fruit you can lose a lot of things, like fibre and fresh fruit makes your digestive system work for longer.

“We didn’t look for specific fruits that are the healthiest. The participants ate apples, pears, bananas and oranges.

“But a 100g portion of fruit would be the equivalent of one apple or one banana.

“We still don’t know exactly what it is about fruit that appears to reduce heart attack and stroke risk.”