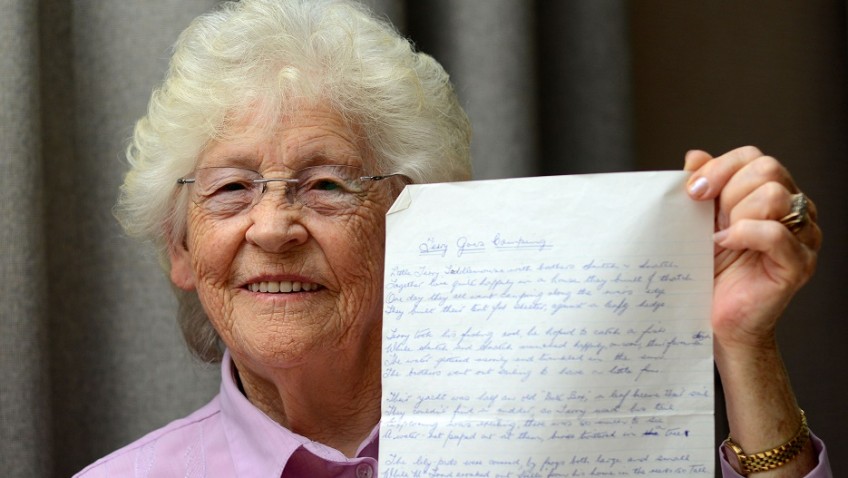 A woman suffering with Alzheimer’s has finally realised her dream of becoming a published children’s author – at the age of 85.

Joan Porter dreamed of one day publishing the stories she first created 40 years ago as bedtime rhymes for her children.

And now her daughters have stepped in to ensure that Joan’s wish came true.

Mother-of-four Joan, a former playgroup supervisor, was inspired by the country wildlife near where she grew up in the small village of Kilberry, on the west coast of Argyll.

And when it came to reading bedtime stories to her four daughters, Joan decided to call upon a host of stories that she made up from the top of her head.

She eventually wrote the stories down but never got around to publishing them as her husband Bill encouraged her to do. 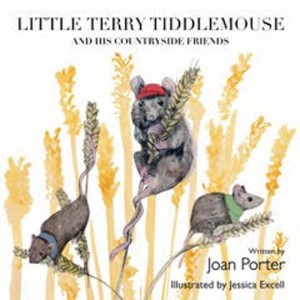 But earlier this year, Joan’s youngest daughter Arlene Harrison, 41, from Milngavie, East Dunbartonshire, took it upon herself to get the stories published.

Arlene said: “My mum used to tell us stories off the top of her head when we were small and we all absolutely loved hearing them.

“My dad always told her that she should try and have them published but with everything she had to do, working and taking care of her children and so on, she never got round to it.

“She did eventually write them down but that was as far as she got with it.

“We found the stories again this year in a cupboard and decided to look into getting them published for our mum.

“I contacted Creative Scotland and they put us in touch with a publisher who absolutely loved the stories.

“The publishers – Ailsapress – have already started promoting the stories and my mum has been asked to attend different events.

“She has been asked to attend a roadshow at the Mitchell Library in Glasgow.

“She is also due to appear at a book festival in Tarbert, Argyll, which will be hard for her but we’re determined to help.

“This has given my mum a new lease of life. It’s a really exciting time for her.

“Everyone that has read her stories, including adults, have loved them.” 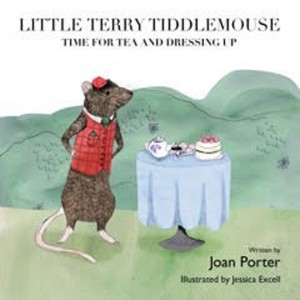 Joan’s stories feature animal characters inspired by the wildlife near her childhood home.

And her writing style, using rhyming verse, has even been compared to the works of The Gruffalo author Julia Donaldson.

Arlene added: “My mum grew up in a wee village called Kilberry in Argyll, and loved the countryside as a child.

“The stories featured characters that were countryside animals she saw as she was growing up.

“They’re almost like The Wind in the Willows, I suppose, but they’re written in verse and every line rhymes.

“The other comparison that we’ve been given is that they are like Julia Donaldson’s stories in that they are almost like poetry.”

Joan was diagnosed with Alzheimer’s three years ago.

She was unable to stay at the family home in Tarbert and moved in to sheltered accommodation in Bearsden, East Dunbartonshire, in order to be closer to her daughters.

While she still finds joy in life, her short term memory has gone, but Arlene hopes her mum can be an inspiration to others.

She said: “My mum’s such a happy person but her short term memory is completely gone. For some reason though, she always remembers her books. 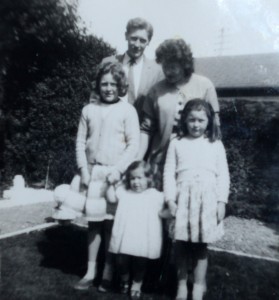 “She’s always asking about the latest news on publication and what’s next for her stories.

“It seems to have imprinted on her brain because she’s always wanted to do something with her books.

“She is really inspiring to me and I hope that she inspires other pensioners. She is showing that you can still enjoy life in your 80s.

“And I hope that she inspires people suffering with and affected by Alzheimer’s. She doesn’t let it get her depressed and she still very much enjoys life.”

Arlene said: “There will be two books coming out and each book will have two stories inside.

“The stories are fully illustrated and there will likely two lines of verse on each page with around 25 lines in total.

“The stories have already been read to kids and they seem to have really loved them so far.

“We get her books delivered to us at the end of this month.”

Joan’s love of writing stories for children is what keeps her going, and money does not motivate her in the slightest.

Arlene added: “It’s not about money for my mum, she always said if she made any then she would just donate to Alzheimer’s charities.

“She just wants children to enjoy her stories as much as we did when she first created them.”