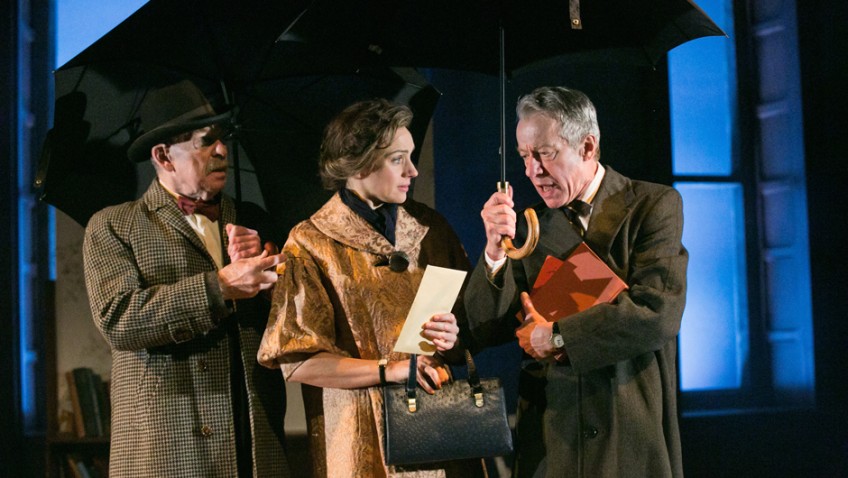 Shadowlands first appeared on TV in 1985 before taking to the stage and then being made into a film with Antony Hopkins and Debra Winger in 1993. It tells the tender, poignant story of late-blossoming love and unlikely romance in the life of author and staid Oxford don C.S. Lewis, known as Jack, a happiness that was cruelly snatched from him all too soon. 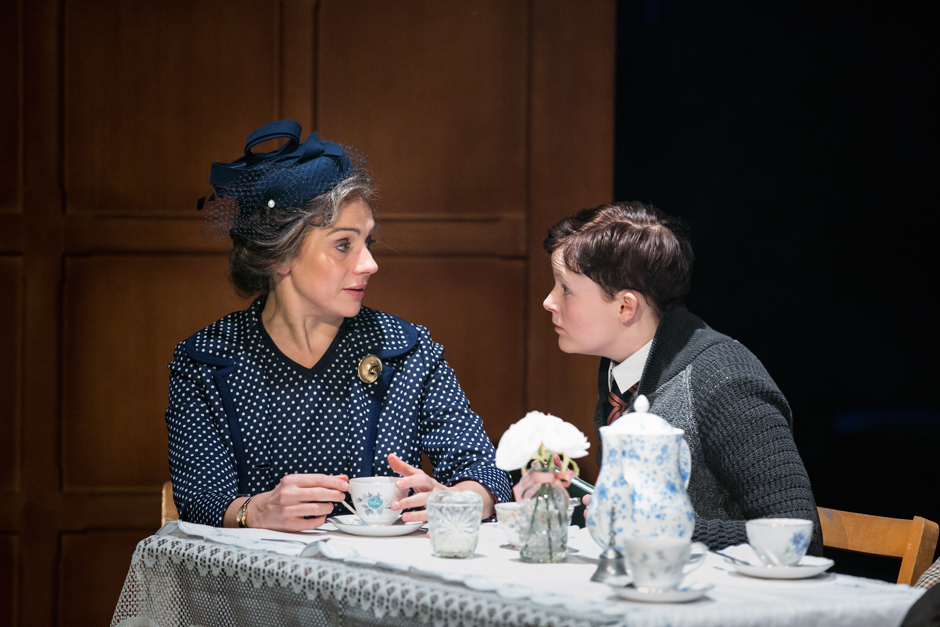 So moving are the performances in the current Birdsong production of William Nicholson’s play that the audience is caught up and absorbed in the drama at every moment, and to such an extent that time seems almost, like the onstage clock, to stand still. The acting is so natural, the flow so seemingly effortless, the humour so delicate it hardly seems like acting at all.

Amanda Ryan is confident, outgoing, outspoken, sharp-witted American poet, Joy, who comes into Lewis’s life via her spirited fan letters to him, written over a period of two and a half years and inspired by his books on religion. Ryan’s balance of warmth and brashness works beautifully, and her Bronx accent and stage presence are superb. Splendid too is Stephen Boxer’s Lewis, a typically awkward, repressed, post-war, 1950’s bachelor, cocooned from female company in the stuffy, staid, male world of academia, all black gowns, brown wood panels, abstract discussion and polite formality. Another natural performance comes from Denis Lill as warm, affable, moustachioed Warnie, the brother Lewis has shared a home with for the past twenty years.

It’s the subtlety and delicacy in their relationships and interactions that makes the performances so touching. As the studious Lewis moves from a world of abstract philosophising into a far less secure and predictable world of real life, Boxer’s reticent, understated, tongue-tied Lewis becomes gradually more alive, more alert, finally allowing himself to experience the joy of true love, a love that becomes inextricably bound up with grief and anguish when Joy’s sudden, inexplicable, unwarranted cancer forces him to question his formerly steadfast Christian belief that pain and suffering are just an all-loving God’s ‘megaphone to rouse a deaf world’. 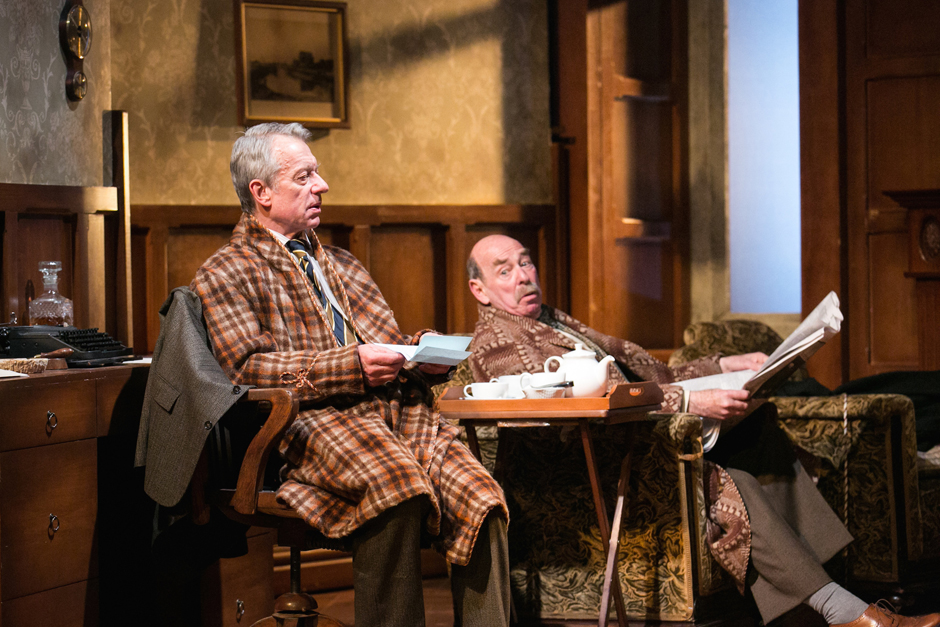 Behind the characters, the set’s wood panelling, shabby wooden furniture and ticking clock evoke the atmosphere of time and place, while a Narnia lamp-post and frosty branches, when lit in the vivid blue in the world outside the gothic windows, create spiritual moments that remind us of the other worlds Clive Staples Lewis has envisaged, worlds beyond these Shadowlands in which we all live and where the pain of immortality and the suffering of personal tragedy, it seems, are part and parcel of the joys of love and the price we must pay.

The touching delicacy of this production lends an uplifting, as well as a sad side, to the tragedy. Those who led a standing ovation at the end had good reason.