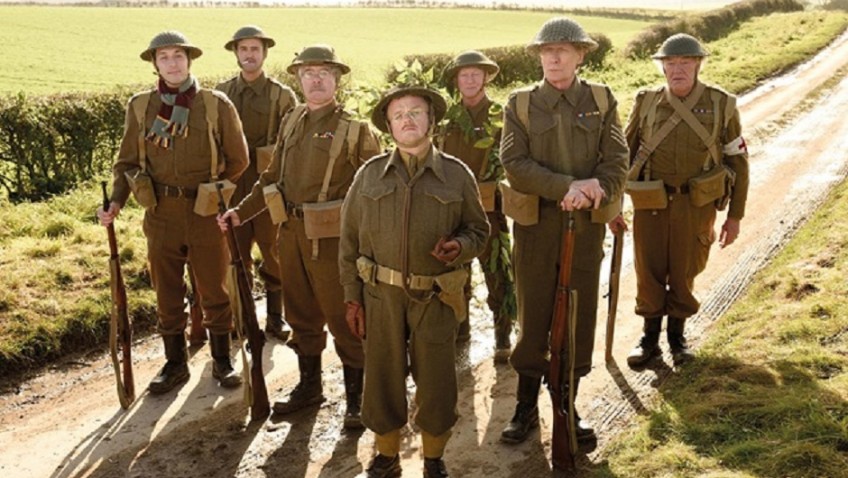 Dad’s Army is back with an amazing cast

DAD’S ARMY (Universal). There is still a tremendous amount of affection for the BBC sit com (1968-1977) 40 years after it ended. But what is the point of Oliver Parker’s film and what is the point of stretching a 30 minute episode to 1 hour and 40 minutes? The script is just not good enough; it’s not funny enough. A glamorous German spy (the very glam Catherine Zeta Jones) infiltrates the bumbling Home Guard. Will D-Day have to be postponed?

There’s nothing wrong with the actors. Toby Jones and Bill Nighy take on the roles created by Arthur Lowe and John Le Mesurier. The cast includes Tom Courtenay, Michael Gambon, Daniel Mays, Blake Harrison and Bill Paterson. It should have been so much better. The film ends with the catchy song, “Who do you think you’re kidding, Mr Hitler?” Come to think of it, who does the film think it’s kidding? Who will want to see a pastiche when they can see the original?

RICHARD III (BFI). The 1996 British film, one of the best Shakespeare films, is based on Richard Eyre’s stage production which was at the National Theatre in 1990. The play has been totally rethought as a screenplay by the director Richard Loncraine and Ian McKellen. The end result is always a movie and never (as was Laurence Olivier’s film with its carboardy sets and its costumey costumes) a photographed stage production.

Apart from a good cast and the brilliant witty direction, the success is due to the constantly changing locations, all so cleverly chosen. The 1930s fascist setting is the perfect period update for dictators and mass murderers. McKellen is perfect as Richard. Tyrell (Adrian Dunbar), the assassin, is transformed into a major character. The play’s most famous line (“My kingdom for a horse!”) is turned into a joke when Richard’s jeep during the final battle gets stuck in the mud. The film is far more fun than the present stage production at Almeida Theatre.