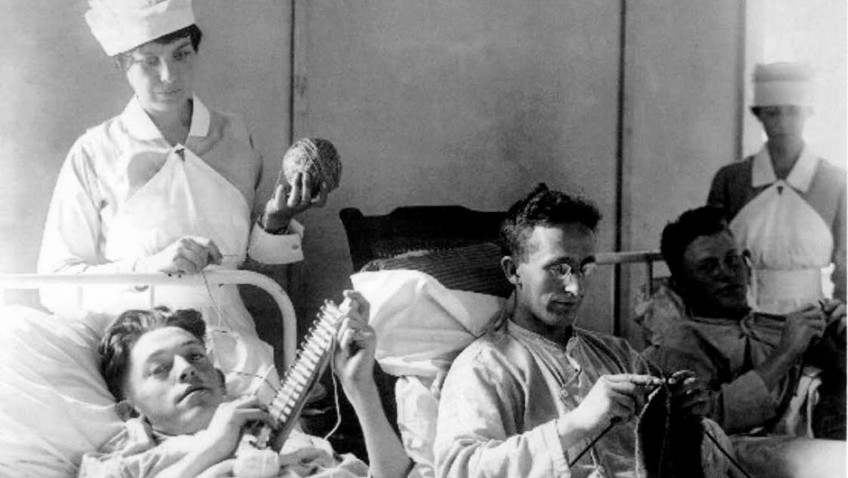 Knitskrieg a Call to Yarns! gives a really unique insight into the knitted and crocheted items that were made ‘back home’ for those who fought on the front line. From the battles of the Crimean War, the American Civil War, the wars of the twentieth century right up to modern day conflicts in Iraq, this book takes a look at what the soldiers asked for to make their lives a little more comfortable. 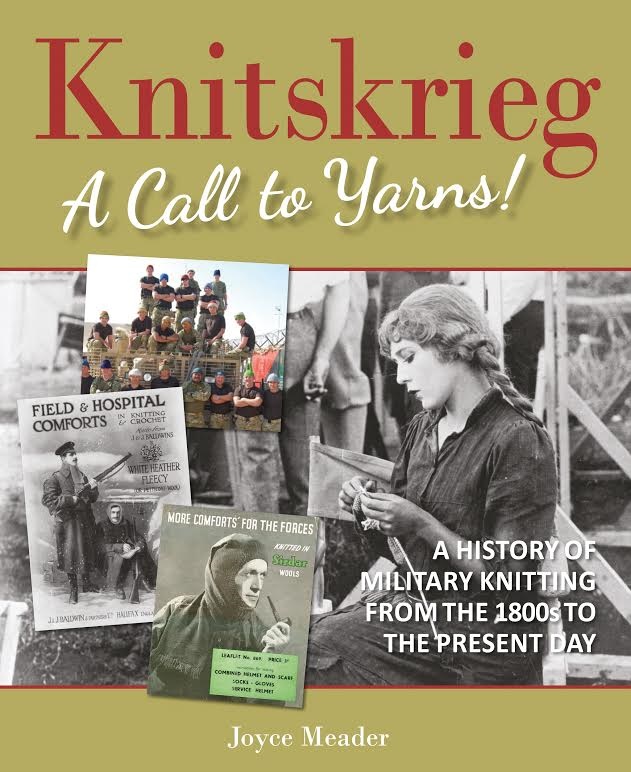 We get a look at a variety of knitted items produced by many countries during times of conflict. For example, Australian women produced over 1 million socks during the First World War. Who knitted what and why is a bit of an eye-opener.

The range of items is quite staggering – from the ubiquitous socks and balaclavas to the more bizarre stump warms (yes – really!), cholera belts, lower jaw bandages and for the horses – wither pads. The illustrations include patterns from the eras covered which often provide much amusement and provide a trip down memory lane for some (WAAF knickers anyone?)

As well as getting a sense of life on the front line, it is interesting to see how the knitting pattern has evolved. Early examples were often just a straightforward paragraph containing a very vague description of the item – often without an illustration or details of the needles required. These patterns bear little – if any -resemblance to the patterns we have today.

For those who wish to have a stab at trying out an historic pattern, the author has adapted some and these are included at the back of the book. The final chapter looks at the more peaceful applications of knitting – such a yarn bombing – and the rich political subversive history of knitting.

This book will appeal to anyone with a keen interest in knitting, its evolution over the past 300 years and in social history.  It is an interesting and amusing read.

You can buy your copy of the book here: