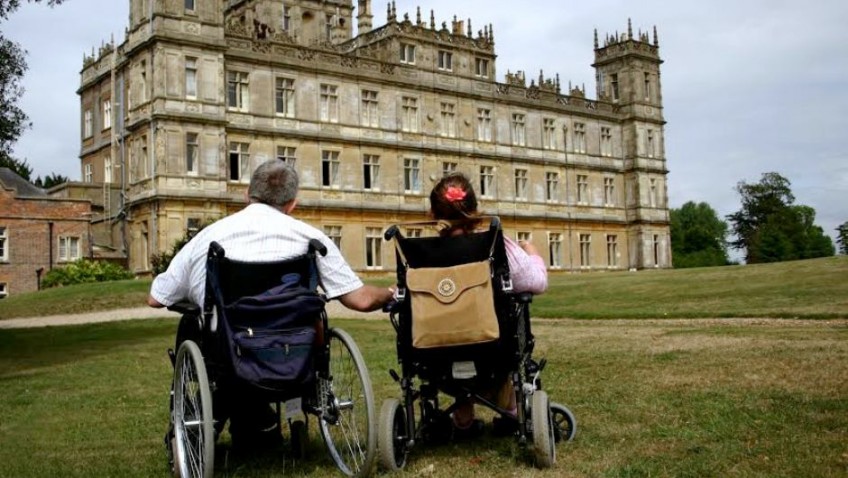 As new survey reveals tourist venues letting down people with disabilities, Vitalise launches campaign to the lift the lid on poor accessibility

In the wake of the news that many of the nation’s most popular tourist attractions are falling short when it comes to accessibility, disability charity Vitalise has launched a new campaign, #AccessNow, encouraging people with disabilities to blow the whistle on underperforming venues and push for urgent change.

Earlier this summer, Vitalise was only able to obtain basic accessibility information from half of the UK’s 100 most visited attractions, despite repeated requests.

Worse still, of the 52 venues that did respond, almost two thirds (63%) were not 100% wheelchair accessible, only 13% had all their staff trained in disability awareness, a quarter (25%) had no disabled parking spaces at all and only a fifth (19%) of venues had hoists available – an indispensable item for some disabled guests.

And, as the holiday season reaches its peak, a recent Vitalise survey of its guests found that a shocking 4 out of 10 people with disabilities said they had been physically unable to get into a venue they had previously been informed was accessible. Not surprisingly, 7 out of 10 had so little confidence left in the accessibility claims of visitor attractions that they would rather not bother trying to visit tourist attractions at all.

Vitalise is holding up this research as proof that much more needs to be done to make the UK’s top visitor attractions more accessible for people with disabilities and has launched #AccessNow, a social media campaign enabling them to gather evidence of poor accessibility and join Vitalise’s push for change.

Vitalise is urging all people with disabilities who intend to visit a tourist attraction this holiday weekend and throughout the summer to blow the whistle on examples of poor accessibility and share experiences with Vitalise, so the charity can gather a body of evidence.

Vitalise wants the popular social media channels to play a part. People are being encouraged to share their experiences with the charity via photos, videos and updates on Facebook and Twitter, using the hashtag #AccessNow

At the same time Vitalise is asking people with disabilities to share their experiences – whether good or bad – of visiting tourist attractions and other public venues via an online form on the charity’s website www.vitalise.org.uk  or by emailing them to media@vitalise.org.uk

Launching Access Now, Vitalise Chief Executive Chris Simmonds said:
“Many of the UK’s visitor attractions are working really hard on their accessibility, but our research clearly shows that many more are simply not taking it seriously. This needs to change and we think it’s high time we got a lot more proactive in shining a light on where and how tourist attractions are falling short.

“So we’re calling on people with disabilities up and down the country to take your cameras, smartphones and tablets with you – photograph and film your experiences and share them with us; get on Facebook or Twitter and leave your pics and comments; visit our website and tell us your stories.

“With your help we can gather a body of evidence that nobody can ignore and together we can force our underperforming venues to make the changes you need. Never forget – accessibility is a right, not a privilege.”

Vitalise is a national charity providing essential breaks for people with disabilities and carers. Vitalise provides short breaks, with 24-hour nursing care on-call and personal support, at three accessible UK centres in Chigwell in Essex, Southampton and Southport, with accessible excursions to local tourist attractions as an integral part of the experience. Vitalise conducts a thorough assessment of the accessibility arrangements of each tourist attraction to which it takes its guests.