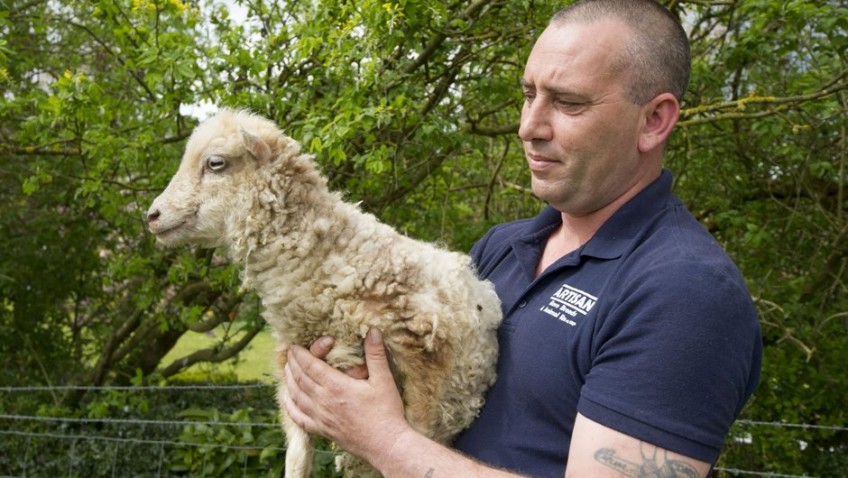 Ewe little beauty – this rare breed sheep is laying claim to the title of the smallest in the world.

The unnamed two year-old Ouessant sheep is 14 inches tall which is two inches smaller than the current title holder.

She weighed just 13 oz when she was born and also has a bite-size brother who is two inches taller.

Representatives from Guinness World Records are expected to visit her in the next few weeks to check her claim for fame.

She is part of the Artisan Rarebreeds collection in Dartford, Kent and owner Wayne May said: “She’s 100 per cent healthy.

He added: “It’s will be and a real accolade to everybody who works with us.

“We sort of knew halfway through last year that they just weren’t growing to the same height as the other sheep.

“But we’ve really been looking forward this year to measure them ourselves to see if they qualify.

“To us they seem to be well within the remit to make it into the Guinness Book of World Records.”

Ouessant sheep are naturally one of the world’s smallest breeds and come from the isle of Ushant off Brittany.

Artisan Rarebreeds have been keeping them for the past 10 years but have never seen them so small.

The little sister and brother are due to named at a fundraising event by children from local schools in the next few weeks.

Wayne and his team has had experience in looking after seals, hedghogs, woodpeckers, badgers, and even a cheetah.