Home / Your Views / An unexpected investment with car tax discs 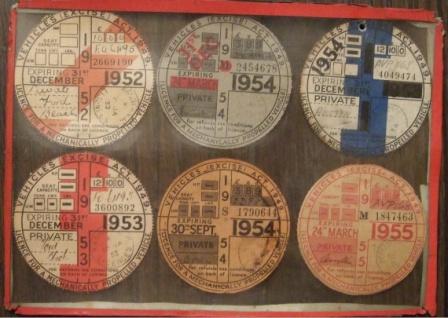 Car tax discs end in six weeks, but motorists could be losing a good investment if they scrap their old discs with the rarest editions worth up to £1,000 to collectors

Paper tax discs will be worthless from October 2015 but for a few British drivers they could be an unexpected money spinner.

The rarest paper discs can be traded for hundreds of pounds each by enthusiastic collectors, sometimes known as “velologists”.

The priciest disc recorded is from December 1921 (picture, left, from britishtaxdiscs.co.uk) and sold for £810.30. According one collector, a pristine example of the disc could sell for up to £1,000.

But after 93 years of adorning windscreens, on October 1 2014 discs will start to be replaced by electronic records that will use police cameras to check number plates and catch owners who have not paid.

Discs issued before then will remain valid until they expire, and motorists do not need to act until their disc is due for renewal. For more details see telegraph.co.uk/money.

However, motorists shouldn’t rip up their old disc when the new system is introduced. Modern discs are set to increase in value, collectors predicted, with new emergency-issue non‑perforated disks likely to fetch the most.

‘Keep those discs about to expire’

Tony Hill, who has a disc for every year since they were first issued in 1921, said that in 10 years’ time the discs would have increased in value but that thanks to the scale of production most discs would not be worth more than a few pounds.

Mr Hill, author of Trade and Collect Tax Discs, advised motorists to hold on to their old disks and keep them pristine. “As a dealer I am really looking for the perfect disc,” he said.

“Keep those discs that are about to expire in good condition they could be worth a few quid.”

Some will be worth more than that, however. As the Driver & Vehicle Licensing Agency (DVLA) is running low on perforated tax disc paper, it has begun to print a stopgap supply of tax discs on normal paper.