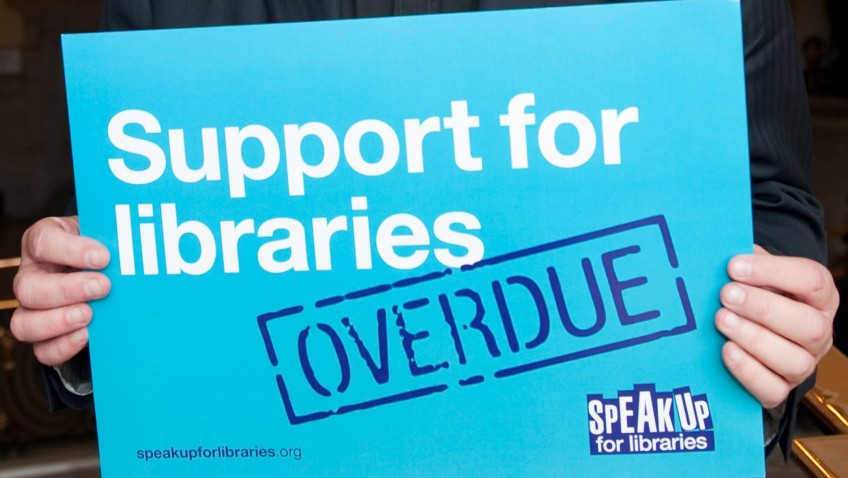 Best-seller Jake Arnott is the latest writer to sign up for the Speak Up For Libraries (SUFL) lobby of Parliament on 9 February.

‘Throughout our history,’ he says, ‘the library has proved to be the most effective and resilient memory system for our culture and civilisation.

‘The public library creates a collective consciousness. Any attack on it simply adds to a social dementia.’

The day begins with a public rally at Central Hall, Westminster (10am–1pm), with a line-up of speakers chaired by campaigning author Alan Gibbons. All welcome, whether joining a lobby or not.

Alan’s Campaign for the Book is part of the SUFL alliance, alongside librarians’ professional association CILIP, campaigners’ charity The Library Campaign, UNISON and Voices for the Library.

Supporters from as far away as Gateshead, Shropshire, Lancashire and Lincolnshire will then descend on the Commons to lobby MPs to focus on the root cause of libraries’ grim situation – apathy and ignorance in local and central government.

‘These people are fighting hard locally to keep libraries alive. They are desperate to show this is a major issue for the whole nation,’ says Laura Swaffield of The Library Campaign.

‘And it’s not too late for others to join us.’

The full line-up of speakers:

Eve Ainsworth (Seven Days, The Blog of Maisy Malone) – just launching her latest novel Crush with Scholastic (‘Love hurts… but should it hurt this much?’). Alan Wylie, Voices for the Library.

Libraries matter. They matter to all communities, but especially to those in the most deprived areas. And they matter to the little girl inside this author who discovered adventures and magic within a wonderful, and often under appreciated, haven.
Eve Ainsworth

The local library is a port of call for: books, local information, human contact, internet access, newspapers and magazines, a safe environment, a quiet environment, help with form-filling, advice, and the countless other little things that all add up to bigger things. Speak up for libraries before there’s nothing left to shout about.
Philip Ardagh

Throughout our history the library has proved to be the most effective and resilient memory system for our culture and civilisation. The public library creates a collective consciousness. Any attack on it simply adds to a social dementia.
Jake Arnott

Without libraries, I would never have had access to books as a child, would never had stood a chance of following my dreams. Now our public libraries are being closed all around us; it’s a national scandal, and we must stand together against these closures, for the sake of our children and the future of our country.
Cathy Cassidy

If we want a society that is literate, cultured, educated and compassionate, then a well-funded, professionally-staffed public library service is not a luxury. It is a necessity. And the destruction of service that our government is allowing is quite simply immoral.
John Dougherty

Libraries are the cornerstone of a well-informed society. I strongly believe that there is not a single person working at high level in their field who has not at some point turned to a library for help. It’s not rocket science, but without libraries there will be no rocket science.
Dawn Finch

The public library service is being hollowed out. This is its worst crisis. Action is urgently needed to secure its future.
Alan Gibbons