Home / LIFESTYLE / One of the most expensive football programmes ever sold 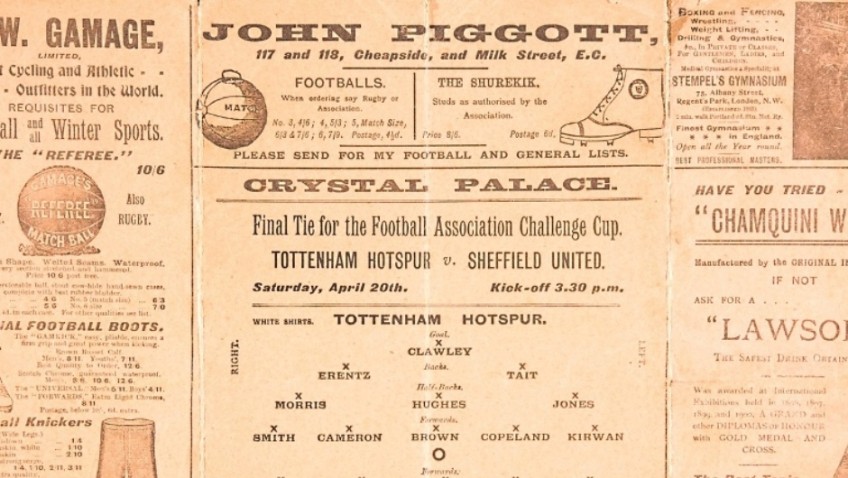 One of the most expensive football programmes ever sold A rare 113-year-old football programme which cost just 1p when new has become one of the most expensive ever sold after fetching nearly £20,000 at auction.

The booklet, described as ‘a good, clean copy’, was produced for the Sheffield United versus Tottenham Hotspur FA Cup final at the Crystal Palace in London on April 20, 1901.

Sheffield United were in the first division – now the Premier League – when they met Spurs, then a non league club, so were favourites to win.

The first non league team to lift the cup. Before the sale, at Graham Budd Auctions in London, the programme had been expected to sell for between £18,000 and £22,000 – and eventually went for