Mature Times reader Ali Chrisp will soon be published alongside bestselling authors such as Catherine Gaskin, Naomi Jacob and Sophie King. Ali is the winner of The Write Time novel competition, run by Corazon Books in association with Mature Times. 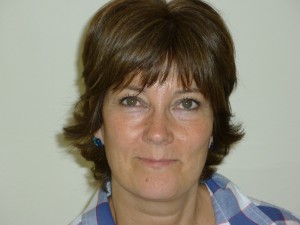 The Write Time competition was launched earlier this year to give an unpublished writer over 50 their first break in the publishing world. Ali’s romantic comedy, Home Comforts, was chosen from over one hundred entries to the competition.

Ian Skillicorn of Corazon Books says: “The overall standard of entries was high, and we had an impressive shortlist of novels to choose from. Ali’s book stood out for its wit, warmth, and engaging story.”

Ali says: “When I was told that I had won the competition, I was absolutely thrilled and could hardly contain my excitement on the phone. I have put a lot of time and effort into writing Home Comforts and it is so rewarding that my hard work has been recognised.

“It was very refreshing to find a writing competition that was aimed at unpublished authors over 50, and I’m so happy to be given the opportunity to publish the book digitally with the all important marketing and sales support. I have had great fun creating the characters and storyline for Home Comforts and feel that it will appeal to a broad range of readers.”

Corazon Books has made its name reissuing out-of-print bestsellers. Its most recent success, The Property of a Gentleman by Catherine Gaskin, reached the bestsellers list this autumn for the second time.

Ian says: “We take great pleasure in introducing much-loved titles to a new generation of readers, but supporting new writers is also an increasingly important goal of our imprint. I’m looking forward to working with Ali on the first steps of her career as a published author.”

Home Comforts will be published in spring 2015. Further details and an interview with Ali will appear in Mature Times next year.