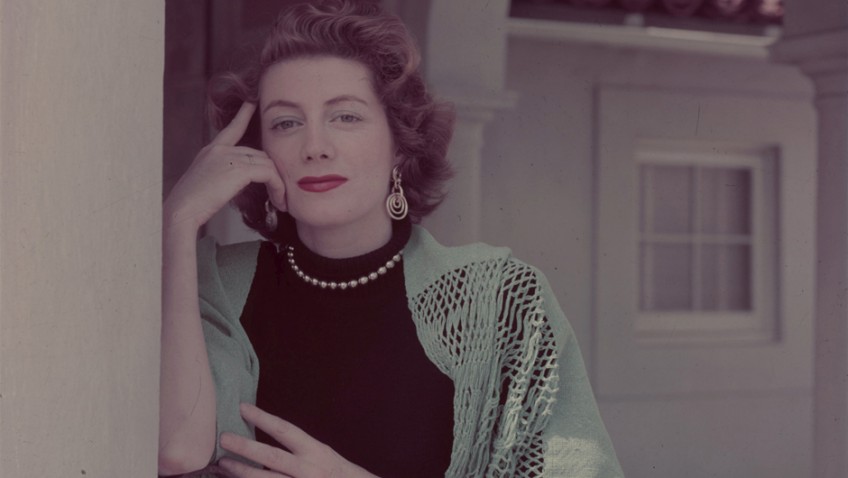 A collection of letters written by Sir Winston Churchill’s most flamboyant daughter is helping shed new light on the life of Britain’s most famous war-time leader.

Around 50 boxes of ‘witty’ personal letters, audio tapes and films which belonged to Churchill’s middle daughter Sarah have been handed to historians at Cambridge. 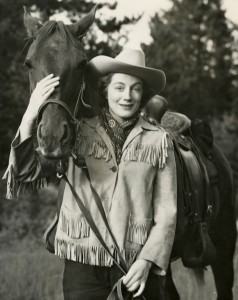 Sarah was born into a life of wealth and privilege and was given the nickname ‘Mule’ by her family because of her stubborn nature.

But her life was dogged by alcoholism and illness after she fled to the US in her early 20s to marry her first husband, comedian Vic Oliver, and pursue a career as a dancer.

She later remarried celebrity photographer Antony Beauchamp and lived in Hollywood during the late 1940s and early 1950s.

She was trained in ballet and she secured numerous movie roles including starring with Fred Astaire Jane Powell in the 1951 MGM musical Royal Wedding.

She became Lady Audley when she married Lord Audley and when World War II started she left the stage and worked in photo intelligence for the Women’s Air Force until 1945.

Later on she turned to writing and wrote a memoir of her father, A Thread in the Tapestry, along with her own frank autobiography, Keep on Dancing which described her ‘wild period’ and her time on the London stages.

Unpublished literary work, press cuttings, photographs and audio tapes and films are in the collection which has been catalogued and conserved over the last year.

One of Sarah Churchill’s letters reveals the backdrop to an historic Second World War encounter.

As the war was winding down she accompanied her father to Yalta in Crimea, where he held a crucial conference with Soviet premier Joseph Stalin and US President Franklin D Roosevelt.

The letter to her mother, Clementine Churchill, describes the conference’s quickfire ending. 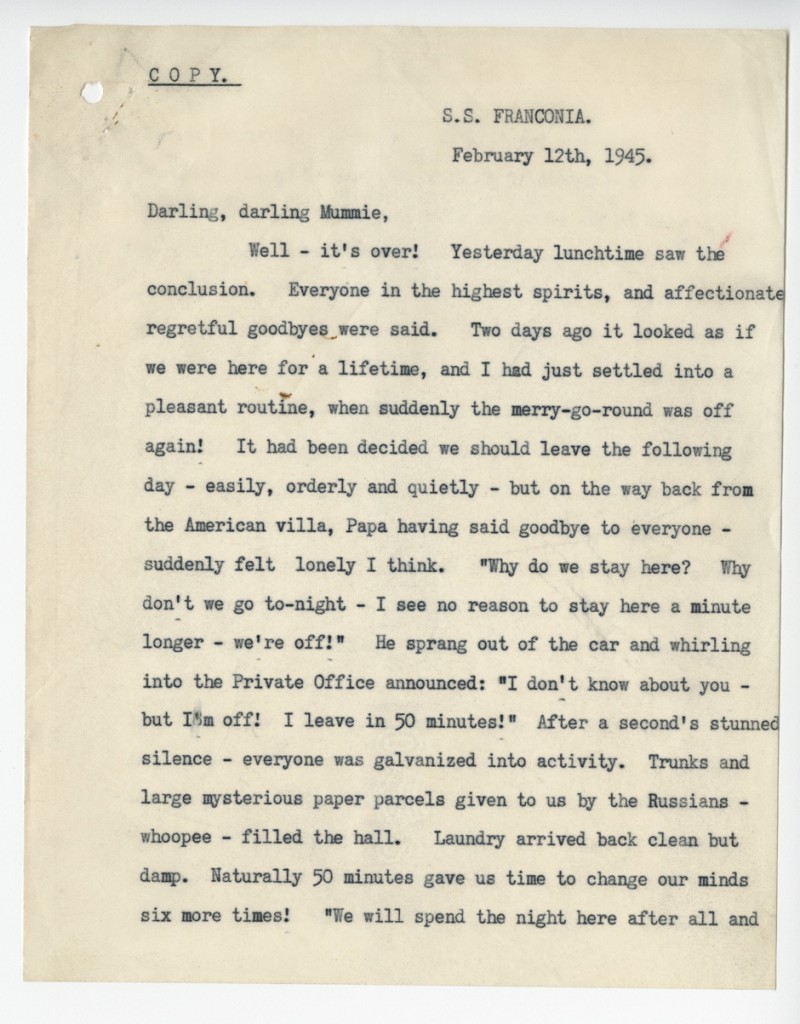 It reads: “Well – it’s over! Yesterday lunchtime saw the conclusion.

“Papa…sprang out of the car and whirling into the Private Office announced: ‘I don’t know about you – but I’m off! I leave in 50 minutes!’

“Believe it or not, 1 hour and 20 minutes later, about 5.30, saw a cavalcade of cars groaning with bulging suitcases winding its way towards Sebastopol.

“The President left an hour before us…Stalin, like some genie, just disappeared.”

Archivist Sophie Bridges, who has been preparing her papers for researchers to use, said: “It is those letters that are at the heart of her archive collection, particularly her correspondence with her mother Clementine Churchill and with close friends, like the artist and dilettante Villiers David.

“At their best, the letters are witty and readable, revealing her as a writer of mercurial talent and painting an intimate portrait of her life and of the Churchill family.

“For those researching Winston Churchill, her descriptions of her travels with her father to the wartime conferences in Cairo and Tehran, 1943, and Yalta, 1945; to Lake Como in the immediate aftermath of the election defeat, 1945; and to Marrakesh during the writing of The Second World War, 1947, provide invaluable insights.”

The ‘Mule’ died age 67 in 1982 and her papers were given to the Churchill Archives Centre at Churchill College two years ago by her sister, Lady Soames.

Clementine and Winston Churchill had five children together and Lady Soames was the last surviving child and died aged 91 in 2014.

Churchill College, in Cambridge, Cambs., is the national memorial to the great wartime leader and its Archives Centre was built in 1973 to house Sir Winston’s own personal letters.

There are over 3,000 boxes of letters and documents ranging from his first childhood letters to his great speeches and the writings which earned him the Nobel Prize for Literature.

The archives also contain the papers of other important political figures such as Margaret Thatcher, Ernest Bevin and Neil Kinnock.