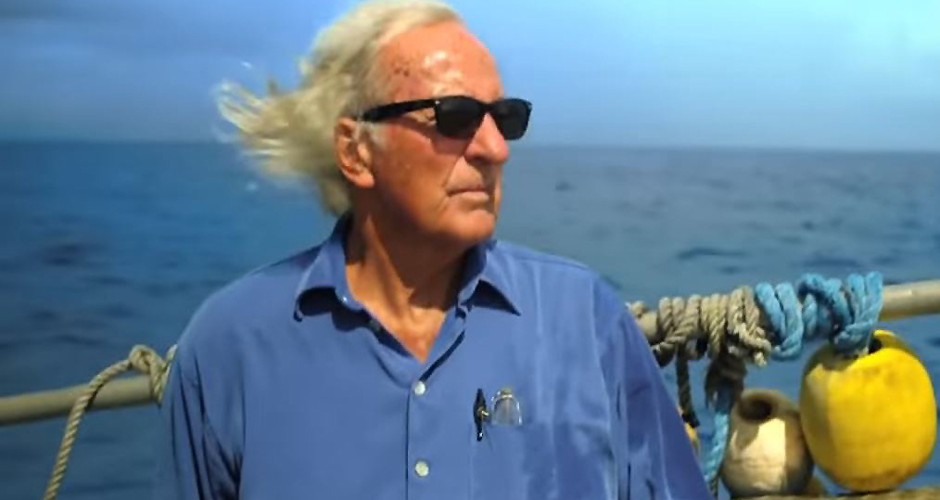 John Pilger’s documentary is fascinating and disturbing, but his conclusion is unpersuasive

Joyce Glasser reviews The Coming War on China (In cinemas on Monday, 5 December, then on ITV on 6 December) John Pilger’s documentary, The Coming War on China provides a shocking and well-documented exposé of the USA’s nuclear proliferation programme in the Marshall Islands; its callous regard for ordinary lives of those affected; its build up of military bases and the various local protests against them; and a stark warning about the short and long-term effects of nuclear war.   It even offers a fascinating history of America’s historic involvement with China and a terrific capsulated analysis of the difference between Chinese and American capitalism.   Aside from Donald Trump’s sabre rattling at the Republican Convention, what it does not give us is any concrete evidence of a coming war on China. Pilger’s thesis is this: The USA’s refusal to accept the possibility that it should not be the world’s dominant leader has driven its foreign policies, particularly with respect to China (although he acknowledges the cold war with Russia).  He traces this relationship back to the China Trade in the 19th century when China’s opium trade with America built the town of Lowell, Massachusetts and five of America’s big railroads.  The grandfather of Franklin D Roosevelt, the only US President to be elected four times, was king of the opium trade and his son inherited his wealth.  When the Boxer rebellion attempted to rid the country of Western and Japanese influence it was ‘savagely put down.’   The advent of Mao Tse-tung met with fierce propaganda in the USA including the stereotyping of the Yellow Peril, which persists. As a reaction to China’s growing economic powers (Pilger says nothing about the nuclear capabilities of loose cannon North Korea), in 2011 President Obama ordered a ‘pivot to Asia.’  Two-thirds of US naval forces would be transferred to Asia and the Pacific by 2020.  Since it would be infeasible to fight a conventional war with a country as large as China, and one that has nuclear capability, the focus would be on nuclear war. If China retaliated, humanity could be destroyed. But the nuclear experiments in the Marshall Islands began long before this ‘Pivot on Asia’, and it is never clear whether the USA chose the Marshall Islands because they were isolated and, being a series of small, close knit islands, ideal for experimentation or because they were half way to China. A full quarter of the documentary is devoted to this shameful, horrific episode in American history, of which too many Americans remain unaware.  If ever the term ‘the ugly American’ fit a situation, this is it, although ugly is putting it mildly. Pilger calculates that there are 400 US military bases surrounding China, including Jeju Island in South Korea that was a World Heritage Site.  Now it is a nuclear military base.  In Okinawa, there is a massive protest movement against the Japanese-American base that has, like in Jeju, harmed the island’s beauty and ecosystem.  The film also touches on the GIs’ aggressive, arrogant conduct vis-à-vis the natives.  A US spokesperson interviewed claims the military bases are defensive, to protect America against Chinese aggression. Pilger summons a couple of experts who agree that this ‘perfect noose’ around China amounts to provocation what could lead to a full scale nuclear war. Alarming and perhaps accurate as this may be, the elephant in the thesis is Chinese nuclear armaments and aggression. Outside of a brief mention of China’s expansion in the South China Seas (which is said to be in retaliation to America’s aggression) we hear almost nothing about China’s foreign strategy around the globe. While the film offers some truly fascinating insights into China’s economic and social expansion, there are no interviews about its military strategy. Someone he does not interview is Bonnie S. Glaser, a senior fellow with the Freeman Chair in China Studies and a senior associate with the Pacific Forum, Center for Strategic and International Studies.  Ms Glaser writes in a 2015 Contingency Planning Memorandum Update that: ‘Beijing’s intention to exert greater control over the South China Sea appears undiminished. In 2012, China forcibly seized control of the previously unoccupied Scarborough Reef during a standoff with Philippine maritime vessels, despite agreeing to a mutual withdrawal brokered by Washington. China…has since begun construction of artificial islands in the Spratly archipelago that will enable it to extend the range of the Chinese navy, air force, coast guard, and fishing fleets in just a few years.’ It was three years after this action that, as Pilger points out, the US staged ‘its biggest single military exercise since the Cold War’.  Called the Talisman Sabre, this was a rehearsal for an ‘Air-Sea Battle Concept for China’ that would cut off China’s access to oil and raw materials from the Middle East and Africa. In the documentary, Pilger contradicts a US spokesperson who claims the US closed its bases in the Philippines, reminding him (but cutting the film before he can reply) that a few years ago they were re-opened as a reaction to China’s claim on the Spratly islands and its threat to ‘freedom of navigation.’ But his film and website are out of date. Philippine President Rodrigo, Duterte has murdered 4,800 of his people so far in his War on Drugs, and likened his campaign to Nazi leader Adolf Hitler’s efforts to exterminate Jews in Europe. Apparently annoyed by Human Rights Campaigners’, he announced he was severing all ties with the USA and resuming talks with China over the South China Sea. The film provides insights into America’s misguided foreign policy and destructive – and even provocative – military build up, but no evidence of an intention to start a war. It is hard to imagine what America, cash strapped after its long, costly wars in the Middle East, and cognizant of the destructive power of nuclear warheads, has to gain from anything but – at worst – a cold war with China. You can watch the film trailer here:

Copy and paste this URL into your WordPress site to embed

Copy and paste this code into your site to embed